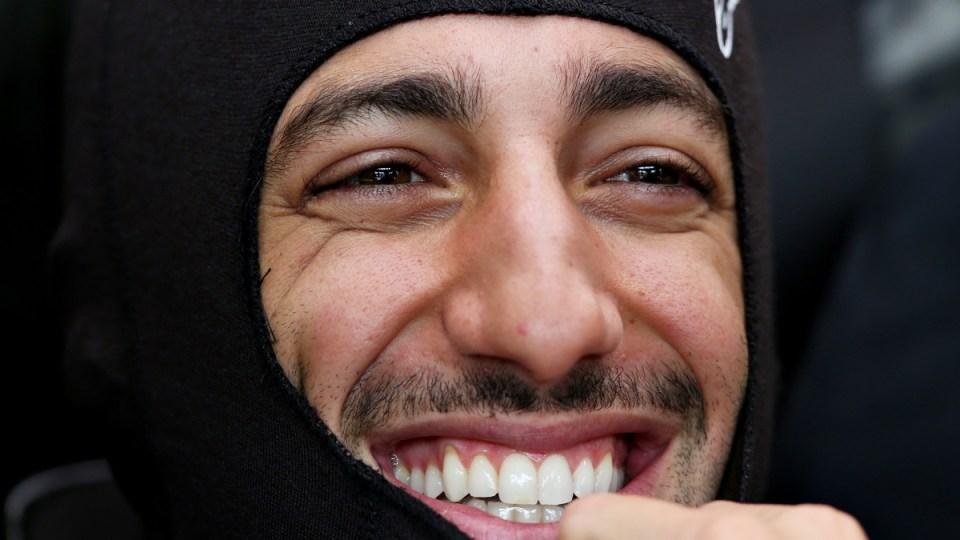 Daniel Ricciardo is on the move again. Photo: Getty

Fresh from his best result since switching to Renault this season, Daniel Ricciardo has arrived in steamy Singapore in a mood for more improvement, and that means podiums … soon.

Ricciardo’s move shocked many given it was the French manufacturer’s engines that caused him so much grief at Red Bull in the last half of 2018.

But with one eye on Lewis Hamilton’s success as the rebuild champ at Mercedes, the Australian took a leap of faith that he could similarly lead Renault back to the glory days that delivered titles to Fernando Alonso in 2005 and 2006.

It’s not been an easy transition, but it’s a fight Ricciardo is keen to take to the limit, even as some formula one pundits speculate if his next move is to Mercedes or Ferrari.

A solid fourth at Monza confirmed that Renault now has the power to match it with big boys on fast circuits and Ricciardo hopes the package at Singapore will build on some of that knowledge.

“To get both cars in the top five [at Monza] that was huge,” Ricciardo told The New Daily by phone from Singapore on Thursday.

“We didn’t expect fireworks this year, but … it hasn’t been the most consistent smooth of seasons and I feel like everyone really, really needed that.

“It was very positive to do it on a power circuit as well where Renault hasn’t always had it’s strongest result in the past.”

There’s no doubting that Ricciardo is committed to the Renault project, but at 30 years old with 164 race starts under his fire-suit there is a  clock ticking ever louder on his search for a championship-winning car

In a year when the affable Aussie has become the face of Renault on track – and on Australian TV, selling the marque’s new range of cars – it’s only now that the hoped for improvement on track has started to show.

And that, admits Ricciardo, means Renault must deliver a car capable of competing for podiums by the time he considers his next career move in 2020.

“Yeah, that’s a good question. I think my, let’s say my desire and my faith in this is still there, but of course, come next year and mid-next year we need to be better off then than we are now,” he says.

“And I think we need to – if we are not on the podium by then – we need to be, you know, capable of getting a podium and in that fight. That’s not only my my hope or expectation that is everyone’s really.

That was the plan by 2020 to be a podium car. So, I don’t want to say if we haven’t got a podium then it is done, but at least show signs that we are getting very close or capable of it.

“And I think that’s not wishing either. I do believe that’s an achievable target for us.”

And while his new car is a different beast – with slower cornering speeds a problem still to be solved – Ricciardo says the challenge of developing a car and building a team were a big part of his desire to join Renault.

He believes the move has challenged him both in-car and off-track.

“I think in the car was learning, learning to drive a different car and you know, at times a most difficult car drive,” he says. “The Red Bull had a pretty balanced chassis and sometimes it made life easy for me.

“Coming here to Renault, there were a few things which needed adjusting for me and I didn’t feel quite on top of it in the first few races of the year. So trying to just get on top of it and change a little bit of my driving style to suit it, that was challenging.

“I definitely feel like I got on top of that now, which, which is actually really quite rewarding.

“Out of the car, I think the main thing is just building your relationships and, you know, with engineers you’ve got to build, like your engineer needs to be one of your best friends.

“So trying to try to make a best friend in a short amount of time, that’s not always easy. So, you know, these, these like natural challenges. But fortunately we, we actually get on really well and I think we’ve walked into the partnership.”

As the face of the team, the driver trying to find extra speed and with a whole lot of new teammates to get to know the Australian says he’s certainly working harder than ever.

“I feel this year I’ve put in more hours and you know it’s been more difficult to get the car where we want it to be because we’ve got a bit more work to do, but it’s been rewarding.

“You know, I took a risk in coming here, but also the team  took a risk themselves and invested in me to to try and bring this team to the next level.

“So it’s like I feel I owe it to them and then also want to repay them to make it worthwhile. So so far so good. It’s all been pretty positive. And you know, results like Monza, they make us feel like it’s worthwhile.”

F1: Ricciardo keeps the faith in Renault project … for now