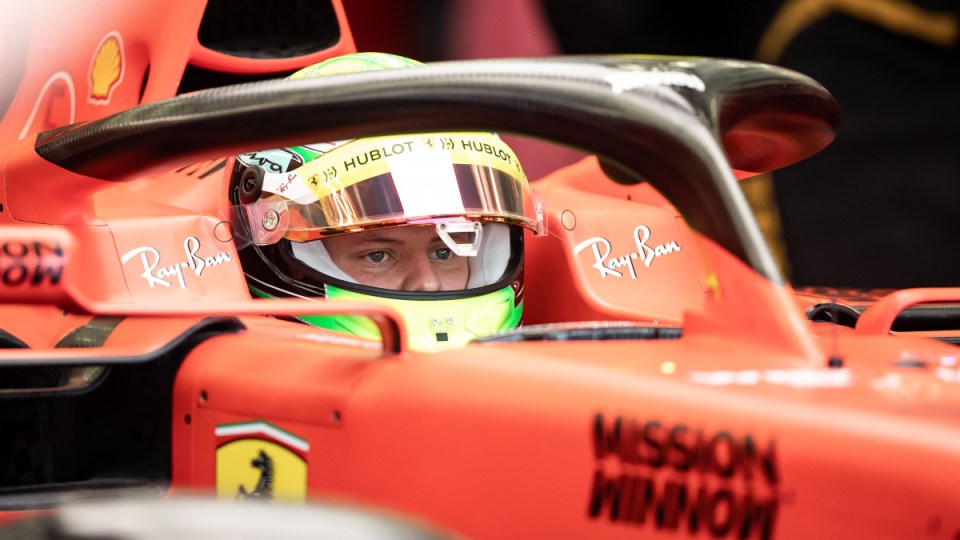 Ferrari fears its drivers and crew could be denied entry into Australia as the corona virus spreads. Australian GP if it Photo: Getty

More than 12 years after Formula One great Michael Schumacher drove his last race for Ferrari, his son showed he might be ready to carry on the family legacy.

Mick Schumacher drove in his first F1 test for Ferrari on Tuesday and set the second fastest time.

Shortly before the end of the afternoon session in Bahrain, the 20-year-old Schumacher posted a time of 1min 29.976 seconds.

That was briefly the fastest time of the day before it was surpassed by Red Bull’s Max Verstappen, who was 0.597 seconds faster.

His time was set on the softest, and fastest, C5 tyres and he did 56 laps on a day where track time was limited by bad weather. Only Verstappen and defending champion Lewis Hamilton did more laps on the day.

“The SF90 is incredible because of the power it has, but it is also smooth to drive, and that’s why I enjoyed myself so much,” Schumacher said afterwards.

“I was impressed by the braking power an F1 car has. It seemed to me you could brake later and later and the car would have made the turn anyway.”

Any first F1 test is special for the driver 🙏

The performance is likely to generate even more excitement about the prospect of seeing a Schumacher driving in Ferrari’s famed red car again.

Five of his father’s record seven F1 titles were won with Ferrari from 2000-04. Schumacher’s 50-year-old father also holds the record for F1 wins with 91.

Despite the focus, the younger Schumacher appeared calm and was smiling when he arrived at the Ferrari garage and drove onto the track for the first time, watched by his mother, Corinna.

“I really enjoyed today. It felt like home in the garage from the very first moment, with a lot of people that know me since I was very young,” he said.

Schumacher was sixth fastest in the morning session, which was twice interrupted by rain, with a best time of 1.32.552 over 30 laps.

Michael Schumacher, who still holds the record of 91 grand prix wins, won five of his titles with Ferrari from 2000 to 2004.

He has not been seen in public since suffering severe head injuries in a skiing accident in the French Alps in December 2013.