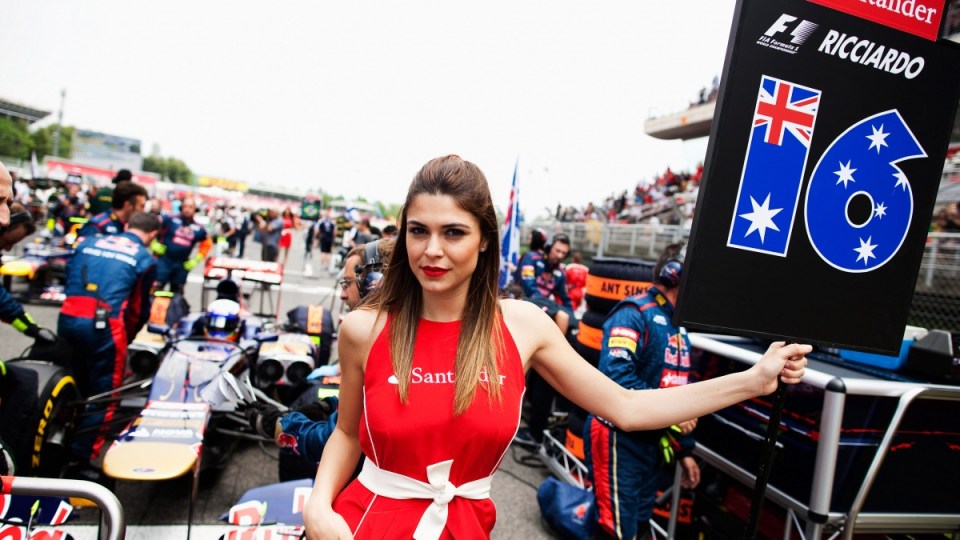 Grid girls in Formula One will be a thing of the past when the 2018 season launches with the Australian Grand Prix in Melbourne next month. Photo: Getty

Formula One will end the long-standing practice of using walk-on grid girls before the start of races, starting with next month’s season-opening Australian Grand Prix in Melbourne.

“Over the last year we have looked at a number of areas which we felt needed updating so as to be more in tune with our vision for this great sport,” Sean Bratches, F1 managing director, said in a statement Thursday morning (AEDT).

“While the practice of employing grid girls has been a staple of Formula 1 Grands Prix for decades, we feel this custom does not resonate with our brand values and clearly is at odds with modern day societal norms.

“We don’t believe the practice is appropriate or relevant to Formula 1 and its fans, old and new, across the world.”

The move was thoroughly backed on social media, with some people calling it a “watershed moment” for the sport.

Your thoughts? Feels like a watershed moment…. #f1 #gridgirls https://t.co/Wr6eIKLiWE

Pleased to see they’ve axed #gridgirls in F1. It was never right or fair. It was totally sexist, and ageist – all those young girls doing it. No chance for older men like me. I’m available as a Grid Man, if anyone is asking. Happy to wear tight shorts too…

“No longer will we have to cringe at girls lining the corridors post race applauding drivers in a subservient fashion,” one user tweeted.

The axing was also supported by the Women’s Sports Trust, which called on other sports to reconsider the use of walk-on girls.

“It was great working with the grid girls and making new friendships. The Grand Prix atmosphere is exciting and I enjoyed meeting and talking to the spectators from all around the world,” she said.

“We strongly encourage sports such as cycling, boxing and UFC to follow darts and Formula 1 and reconsider the use of podium girls, ring girls and octagon girls,” Women’s Sports Trust said in a statement.

“This is not a matter of feminists versus models, which seems to be the way many people want to portray this story.

“These changes are taking place because global businesses are making a considered choice about how women should be valued and portrayed in their sports in 2018. They deserve significant credit for doing so.”

However some were less accepting of the change, including Red Bull boss Christian Horner, who said in November last year grid girls added glamour to F1.

“You are never going to get it right and we live in a modern society and we have to be open to everything.

Women complaining about feminism are losing women their jobs. good job ladies. It’s 22 races. Around 100 women from each race. Let’s round it up to 2000 grid girls across the world won’t be getting paid now (all for helping women) how? #gridgirls

Totally disagree with this. Surely it should be a woman’s right to do this job if they wish…why not have grid boys too #formula1 #gridgirls https://t.co/Ggi2H458PF

Grid girls will also stop appearing at other motorsport series which takes place during the F1 weekend.

The new F1 season starts with Australian Grand Prix in Melbourne on March 25.