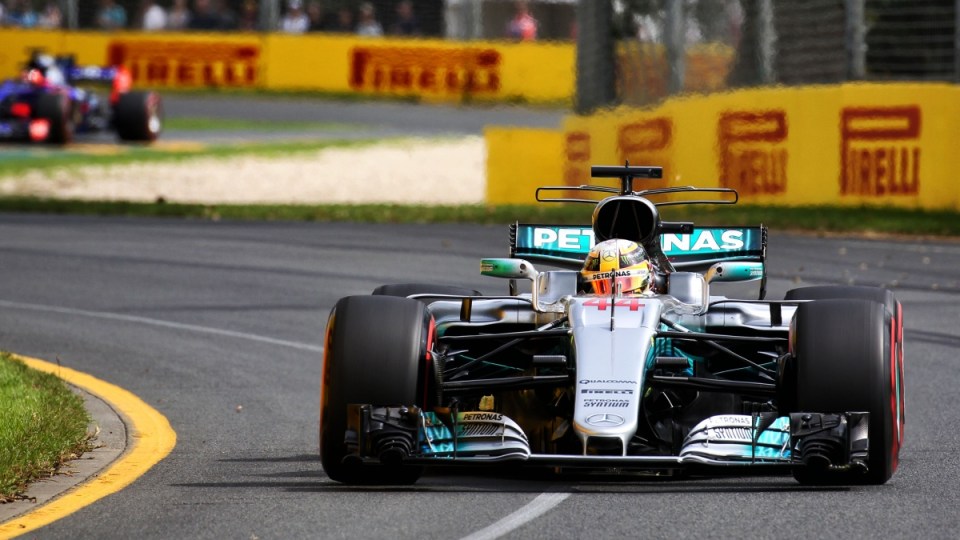 Mercedes' Lewis Hamilton is the Formula One pacesetter after the opening practice sessions at the Australian Grand Prix. Photo: AAP

Mercedes ace Lewis Hamilton is living up to his billing as Formula One’s pacesetter but the challengers are coming.

Hamilton clocked quickest times in the opening practice sessions of the Australian Grand Prix on Friday though Ferrari drivers and Australian Daniel Ricciardo loomed in his rear view mirror.

Hamilton, a day after telling of his wish for rivals to offer him stiffer challenges, clocked a best lap in the second practice session of one minute 23.620 seconds.

That time was about 15 seconds faster than his quickest lap in the corresponding session last year in Melbourne as the new breed of F1 cars produced markedly faster times.

Hamilton wasn’t alone in posting a scorching pace – Ferrari’s Sebastian Vettel and Kimi Raikkonen and Red Bull Racing’s Ricciardo were among others reaping early rewards from rule changes for the fresh season.

The Australian was third-quickest in initial practice – the first official outing of the cars which, under new rules, have widened bodies and tyres which have increased speeds.

But Ricciardo found himself 1.030 seconds adrift of Hamilton in the later session which was interrupted by Renault’s Joylon Palmer’s crash.

The Brit spun on the final turn and smashed into a wall – he walked to the pits without injury but left his team with a major repair job ahead of Saturday’s final practice and qualifying session.

Palmer’s crash prompted a 10-minute delay before the track was cleared and shortly after the re-start, McLaren’s Felipe Massa also encountered problems when the Brazilian’s car stopped with engine troubles.

And Sauber’s Marcus Ericcson also spun from the track late in the session – his car slid across grass before resting in gravel.