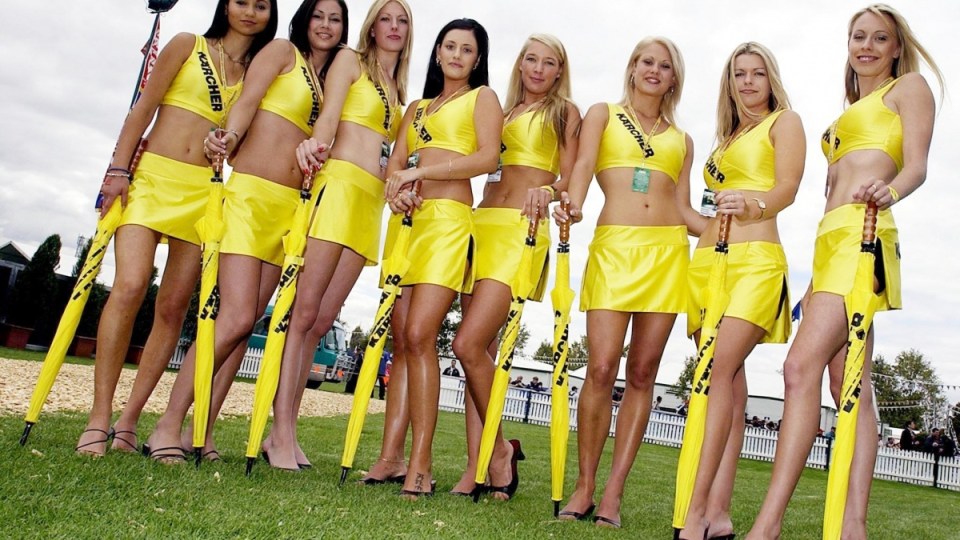 Formula One Grand Prix organisers are being urged to ditch the controversial, “highly sexualised” grid girls.

Sociologists and policy makers are unimpressed that the Australian Grand Prix (AGP) has again opted to include these remnants of a “bygone era” at this year’s event in Melbourne.

The announcement that the female models would wear “progressive” shorts and less revealing v-neck tops at this weekend’s race has done little to quell the criticism.

Swinburne University sociology Professor Karen Farquharson said the more conservative outfits did not address the “problematic” concept of women posing as “decoration” at the event.

“It sends the message that it’s OK for women to be decorative and have sideline positions with no power and no input. That’s not OK,” she said.

“I’m actually not sure why they’re there. They’re completely outdated. We should be moving away from a sexist society.

“They’re just trying to get away from that criticism by covering the girls up a bit more.”

“Participants in racing are largely male and its audience is principally male, therefore the event organisers provide signs of femininity to attract the male gaze, I think we can assume.

“It’s a throwback to an earlier time when women weren’t taken seriously in sport.”

“It was great working with the grid girls and making new friendships. The Grand Prix atmosphere is exciting and I enjoyed meeting and talking to the spectators from all around the world,” she said.

“Since 2007 there has been a major shift in the role of the Formula One grid girls. We are no longer seen as eye candy but are instead representing the sport, the major sponsor and Melbourne.

“The revealing outfits are no longer there and are now created by Australian fashion designers.”

She said that across her seven-year involvement at the event, she had only once felt disrespected by a member of the crowd.

“This was back in 2007 and a member of the public who was intoxicated grabbed my hips when taking a photo,” Ms Cameron said.

“I promptly told him to get his hands off me, and myself and the other grid girls walked away.”

What is a grid girl?

A grid girl’s tasks involve representing the major sponsor and the AGP, mingling with the crowd and taking photos, visiting the corporate boxes and marking the grid.

Each girl is assigned a position on the grid. Depending on where the drivers place in qualifying, the grid girl will mark the driver’s position by holding a pole displaying the driver’s name.

The women remain on the track marking the positions while the drivers arrive in their cars and set up. The women leave the grid just moments before the race starts.

Late last year, the South Australian government announced it had withdrawn its support for podium girls which have attracted similar criticism at cycling events.

The models will be replaced by junior cyclists this year.

Victorian Minister for Women Fiona Richardson told Fairfax she wanted to see “highly sexualised grid girls” become a thing of the past.

The Grand Prix failed to confirm or deny whether it was considering the removal of grid girls from future events, despite The New Daily making multiple attempts to obtain a statement from the organisers.

It is time to scrap ‘sexist, decorative’ grid girls from Formula One