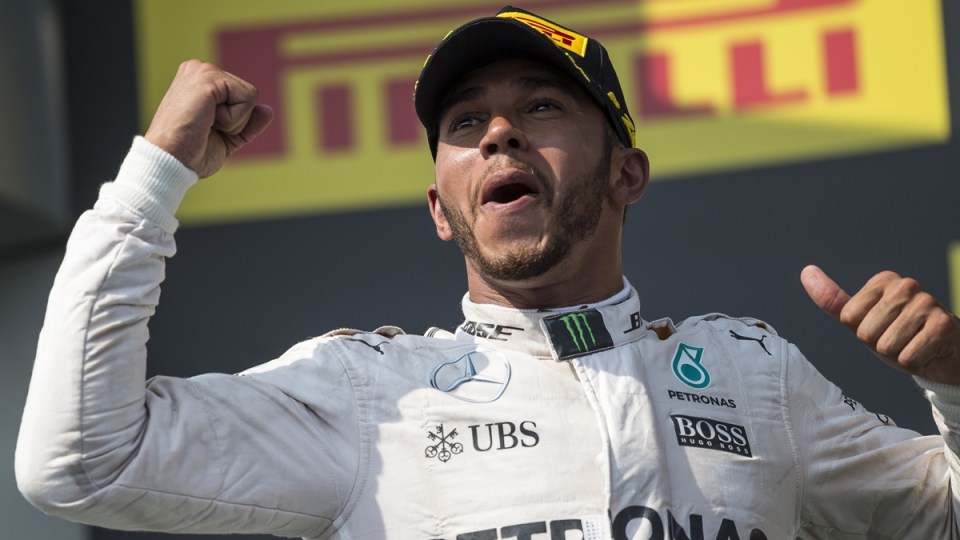 Australian Daniel Ricciardo has finished third in the Hungarian Grand Prix after pushing hard behind Triple Formula One world champion Lewis Hamilton who seized the championship lead from team mate Nico Rosberg for the first time this season.

Hamilton won the race for a record fifth time on Sunday finishing ahead of Mercedes teammate Nico Rosberg.

Hamilton now has five F1 victories this season for 192 points, with Rosberg on 186 and Ricciardo third with 115, one point clear of Ferrari’s Kimi Raikkonen.

Ricciardo was a further 27 seconds behind, less than a second ahead of Vettel.

Rosberg won the first four races this year, while Hamilton has won five of the last six. Verstappen is the only non-Mercedes driver to win a race in 2016.

Hamilton started second on the grid, with Rosberg in pole position, but was able to pass the German on the first turn.

“The start was everything,” said Hamilton, who before this victory was tied with Michael Schumacher for most wins at the Hungaroring, with four.

“I got a good start, I had one of the Red Bulls on the inside so I was pressured quite a lot into turn one. What a day!”

Ricciardo also briefly passed Rosberg at the start but while the Mercedes driver was able to pull back ahead in that duel he was never able to pass Hamilton.

“I was happy to take Daniel in turn two and from then I was trying to put all the pressure possible on Lewis,” Rosberg said. “I lost the win there.”

Hamilton’s lead over Rosberg was rarely more than two seconds, while Rosberg’s lead over Ricciardo grew to 8.1 seconds by the end of lap 18.

The Australian, however, was able to close that gap to 2.8 seconds by lap 30.

Mercedes noticed the shrinking lead and told Hamilton to “push,” or they would have Rosberg change tires ahead of him. Hamilton responded that he was “driving as best as I can” but seemed to respond to the request and Ricciardo never really challenged again.

“I think the first part of the race we were quite competitive,” Ricciardo said. “But in the end it looked like the Mercedes had a bit more in their back pocket and were able to improve the pace as the race went on.”

In the constructors’ championship, Mercedes leads with 378 points, Ferrari has 224 and Red Bull 223.