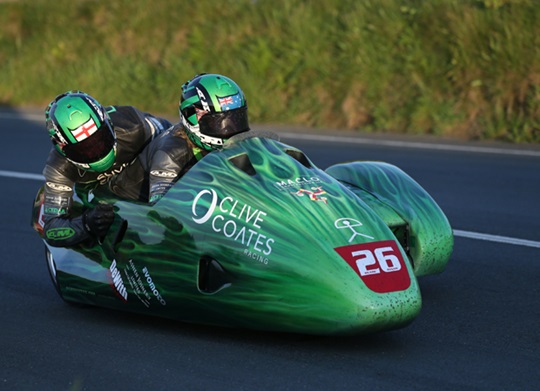 ACU Events Ltd announced the 27-year-old’s death on Saturday in a statement on the official website of the Isle of Man TT race, saying the organisers expressed their deepest sympathy to the rider’s family and friends.

Beare was originally from Melbourne before moving to live on the Isle of Man and made his TT Races debut in 2014.

The statement said the rider died near Rhencullen in Saturday’s Sidecar Race 1. The race was immediately called off.

Beare’s sidecar passenger, Isle of Man native Benjamin Binns, was airlifted to Nobles Hospital where he was described as being stable with a fractured ankle.

Friends paid tribute to the Australian rider on social media in the hours following his tragic death.

“Devastating doesn’t even come close to what has happened,” David Dentith wrote on Facebook.

“What a top bloke and so down to earth and was amazing with everyone’s kids. You will be so sadly missed.”

Terrible to hear that two riders lives have been taken this evening. Paul Shoesmith and Dwight Beare, RIP.

Another friend, Mikey Wolfcott, wrote: “So sad to hear this. Only knew you a short time but you were such a nice guy.”

Beare was not the only driver to die on a horror day at the event, which has again come under scrutiny for the dangers posed to riders who have pushed themselves beyond their limits.

Paul Shoesmith, 50, from Poynton, Lancashire, was killed hours later during a solo practice.

Since the event moved to the current course in 1911 there have been 250 rider deaths with Beare becoming the sixth Australian to lose his life.

Australian sidecar racer dies in crash at Isle of Man