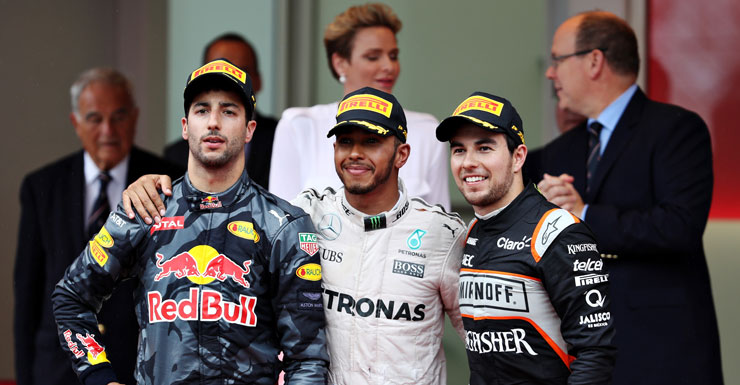 The Aussie driver may now be considering his Formula One future after his Red Bull team cost him victory, again, in Sunday night’s (AEST) Monaco Grand Prix.

The team was able to brush off questions relating to the Spanish Grand Prix in Barcelona earlier this month, where Ricciardo was instructed to pit three times and finished fourth. Team-mate Max Verstappen, who pitted only twice, won the race.

But there was no defence in Monaco, where a bungled pit stop cost the Aussie any chance of victory.

His team later issued a full apology and pledged to launch an investigation.

“Two weekends in a row I’ve been screwed now. It sucks. It hurts,” he told interviewer Martin Brundle.

When asked how the error occurred, Ricciardo put the blame squarely back on his team.

“No. No idea. I was called into the box. I didn’t make the call. I got called. They should have been ready,” he added, before continuing to rant in a press conference.

“I got to the pits and everyone’s running around like headless chooks.

“(I am) massively, massively disappointed.

“I think I took Barcelona on the chin and took it well but two in a row (is very frustrating).

“And it’s not like we’re in Mercedes’ position – we’re not able to win a race.

“So to have an opportunity to lead two races in a row and especially here in Monaco…it definitely hurts.”

Team principal Christian Horner said: “We as a team owe Daniel a huge apology today as we failed to support him.

“The delay at his pit stop cost him the lead and despite some excellent driving to get close to Lewis, he couldn’t get past.”

Whether Ricciardo accepts the apology remains to be seen.

He added: “I’m not sure where to go from here, what to do.

“Obviously they (team) have got to understand what’s going on and learn from it.

He is under contract with the team until 2017 but could pounce on the sour relationship between Mercedes pair Hamilton and Nico Rosberg if the latter departs.

The Aussie was called into the pits by Red Bull on lap 32 for a change of tyres, but once they were removed the pit crew realised they had no replacements on hand.

The result was nine seconds of agony for then-leader Ricciardo, who sat idle in what ended up being a 35-second pit stop, some nine seconds longer than race winner Hamilton.

Hamilton snuck in front of Ricciardo as a result and then hung on for victory at the famous track, prompting Ricciardo to blast his team after the race.

Red Bull’s shocking day was compounded when Verstappen, a mid-season replacement for Daniil Kyvat, crashed midway through the race.

‘All I can do is apologise to him’

“Unfortunately, a lot of misunderstanding and not the right communication,” Dr Marko said.

“We will investigate and find out, but it was a human mistake. I feel really sorry and all I can do is apologise to him.”