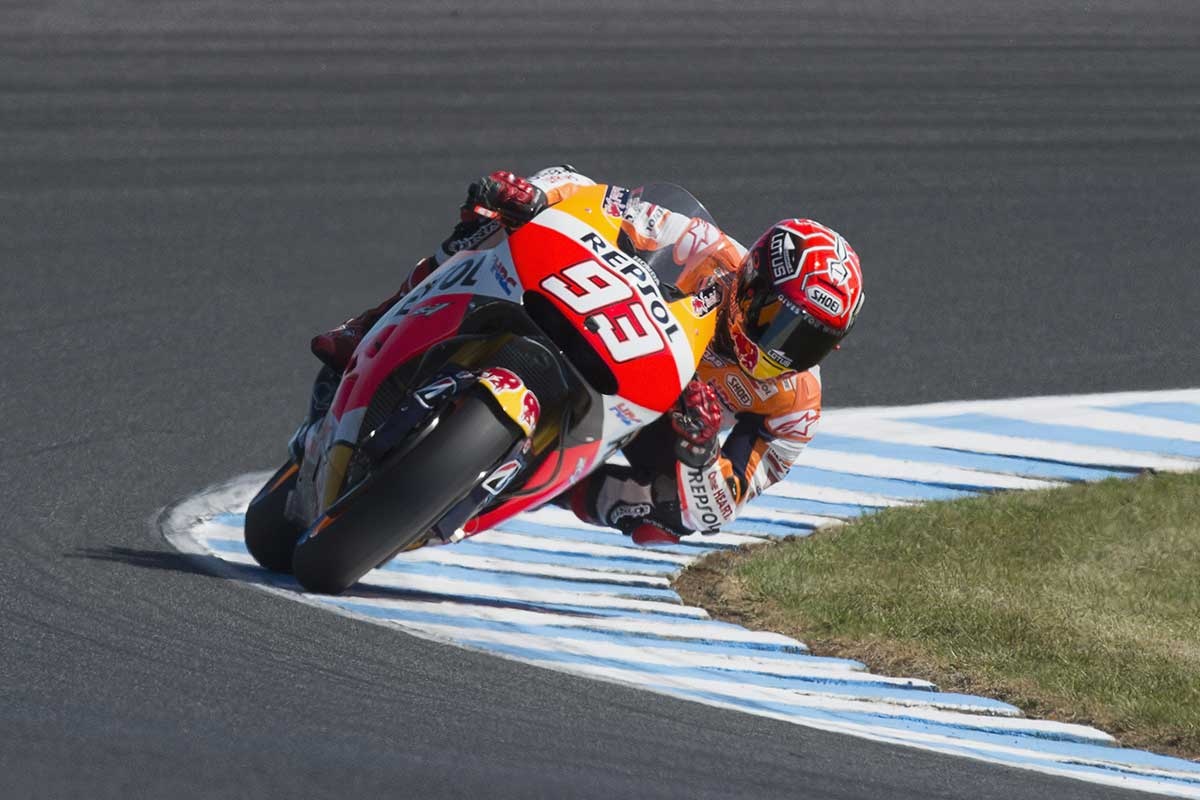 Marc Marquez has won the Australian MotoGP in a thrilling race at Phillip Island.

Polesitter Marquez finished ahead of Jorge Lorenzo (second), Andrea Iannone (third) and Valentino Rossi (fourth), after Lorenzo looked to have control over the closing stages in a frantic finish.

In an intense battle for first place with Lorenzo leading, Marquez made his move with nine laps to go with a cool overtake on turn four to snatch the lead.

But it proved short-lived as, with seven laps remaining, Lorenzo steamed past Marquez to move back in front, while Andrea Iannone moved in on second place.

Iannone enjoyed a brilliant overtake of both Rossi and Marquez to snatch second place with two laps to go, with Lorenzo looking unbeatable in the closing stages.

But that all changed as Marquez overtook Lorenzo halfway through the final lap, passing his compatriot on the hairpin to clinch a dramatic win – his first in Australia.

With two races to go, Rossi (296) holds an 11-point lead over Lorenzo (285) in the MotoGP championship standings, with Marquez now on 222 points in third place.

Spain’s Alex Rins led throughout for a commanding victory in the Australian Moto2 Grand Prix, jumping off the pole on his Kalex and giving no one a chance to post a 6.633-second victory over Britain’s Sam Lowes with Italian Lorenzo Baldassarri third.

Oliveira on a KTM clung on for a 0.132seconds victory over Spanish Honda rider Efren Vasquez with South Africa’s Brad Binder third.