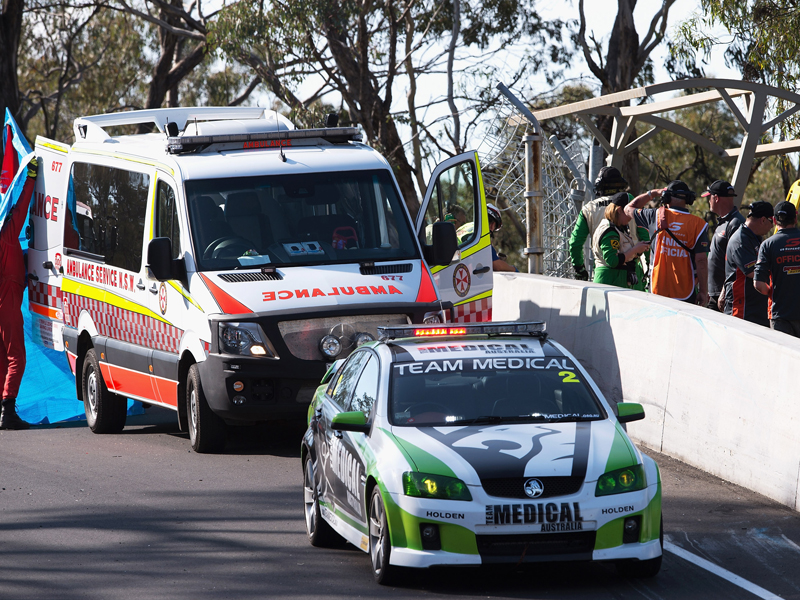 Aussie Racing Car Series driver Flack was said to be “alert and talking” at the legendary circuit medical centre after his vehicle went into a spectacular roll on Conrod Straight before catching fire.

The crash came barely a day after Chaz Mostert broke a leg and wrist in a Bathurst 1000 qualifying accident that also injured three trackside officials.

Mostert was airlifted to Orange hospital where he was scheduled to have surgery.

Mostert’s Prodrive Racing team said that surgery had been delayed until Saturday morning due to a “more urgent case” at Orange hospital.

Mostert is expected to be ruled out for the rest of the season with five rounds left.

The three officials were cleared of serious injury.

V8 Supercars officials confirmed on Saturday that they would investigate Mostert’s crash with Prodrive Racing after the Bathurst 1000 round in a bid to improve safety.

“We can always learn something from what has happened and how to prevent other things happening in the future,” V8 Supercars technical director David Stuart told speedcafe.com website.

Fans have begun signing a “get well soon Mozzie” wall near the merchandise stalls at the track in a huge show of support for Mostert.