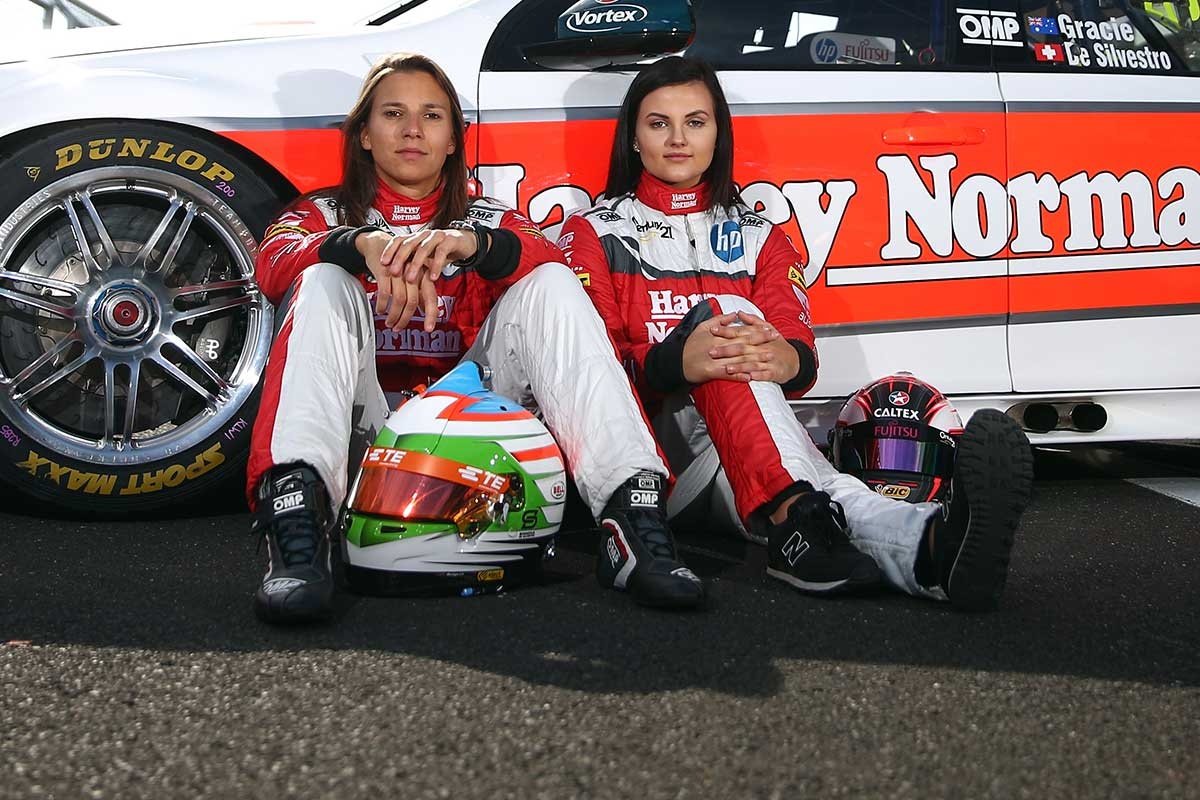 A male V8 Supercar driver has been fined $25,000 for making “completely unacceptable” sexist comments about the first all-female driving team to take part in the Bathurst 1000 since 1998.

At a press conference ahead of the famed endurance race, Ford’s David Reynolds referred to Brisbane-born Renee Gracie and Swiss IndyCar driver Simona De Silvestro’s car as the “pussy wagon” – a quip he later retracted and apologised for.

Adding insult to injury, respected V8 legend and former race-winner Dick Johnson described their chances of finishing the race as “a million to one”.

Gracie has hit back at the comments and said they were a common occurrence.

“There’s people saying all sorts of things out there about me … but that’s my motivation this weekend, to change opinions,” Gracie said.

“You would be surprised at how many times I have to deal with things like this,” she said.

“But we can’t let it take our focus away. We are professionals.”

De Silvestro, an Indy 500 veteran, and Gracie, a professional Supercar driver, will join a handful of women to have raced at Mount Panorama, this weekend.

Reynolds’ comments attracted criticism from the highest levels of Australian V8 motor racing, in addition to the $25,000 fine.

But the comments are yet another blow to the motor racing industry’s efforts to become more inclusive, stepping away from its male-dominated, blokey roots to become a female-inclusive and family friendly atmosphere.

‘It follows you through the sport’

In a sport where ‘grid girls’ are used to ham up the atmosphere at events, the commentators have slammed the lack of inclusion in motorsport.

One female driver told The New Daily she had experienced discrimination since childhood.

“It started as an eight-year-old go-karting and finishing ahead of a field of young boys and having their fathers berate them because they were beaten by a girl,” Women in Australian Motorsport committee member Samantha Reid said.

“That is the simplest way it was demonstrated at an early age, and that follows you through the sport.

“I certainly think we are progressing in the right direction, but I would be lying if I said that there wasn’t any sexism left in the sport.”

She said Reynolds’ quip was “completely unacceptable” and “uncalled for”, but described it as an “off-hand comment gone wrong”.

“I would like to think it is something that isn’t a widespread view, or put a dampener on the girls being at the event,” she said.

One key area the sport was demonstrating its capacity for equality is the closing of the gender pay gap.

One female driver even exceeds the earnings of Formula 1’s Jensen Button.

American racing driver Danica Patrick – regarded as the most successful woman in open-wheel racing – was rated by Forbes at number nine in a list of top-earning drivers.

“[Successful female drivers] are really changing people’s perception about this whole question of ‘Can women do it?’, because essentially that is what a lot of this comes down to,” Reid said.

“But until we have had a woman win the Formula 1 World Championship … I think people will still question that ideal.”