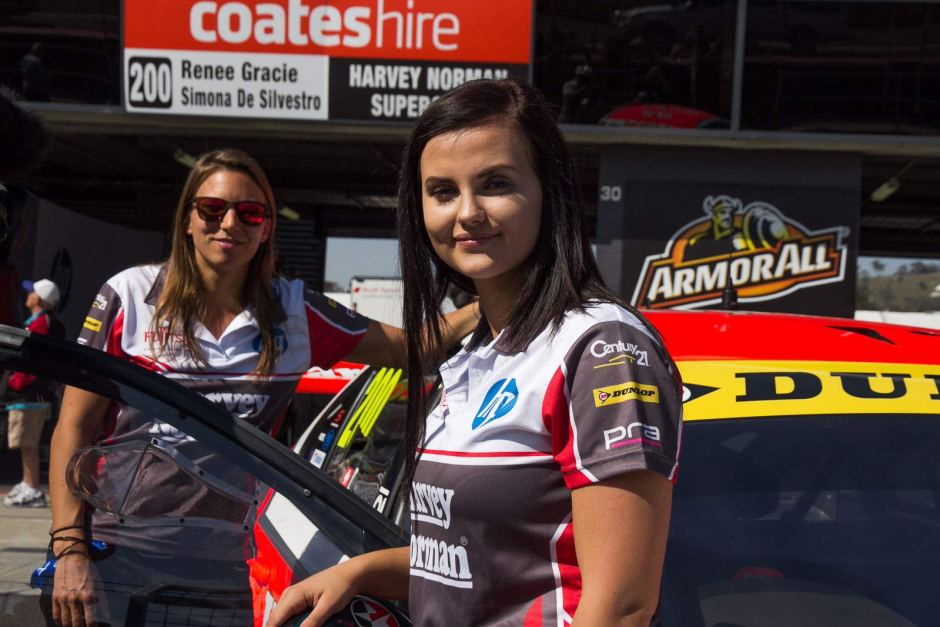 Ford’s David Reynolds has been fined $25,000 for making an offensive remark towards an all-female team at the Bathurst 1000.

Simona De Silvestro and Renee Gracie are the first female combination to compete at Bathurst since 1998.

• US off to flying start in Presidents Cup
• Revealed: Michael Clarke’s next big career move
• Why it’s time we gave the NBL a proper funeral

“Reynolds’ comments were disgraceful and completely unacceptable in our sport and he has been fined $25,000,” Warburton said.

“Women are an integral part of our sport, whether they are fans, drivers or team members.

“And V8 Supercars will continue to support and promote female participation at all levels of our sport.”

The female team were already motivated to silence critics at Mount Panorama after V8 great Dick Johnson claimed they were “a million to one” and had no chance of finishing their first Bathurst 1000.

The pair took two seconds off their best time to finish second last in a 26-strong field in the final practice session on Thursday.

Reynolds is known for his left-field humour and was quick to give the female team a rap after his surprise comment.

“I think they are great. They are good drivers. I really hope they do well,” said a suddenly sincere Reynolds, who shares the same Ford team garage as the female drivers.

But it was too little, too late.

The female team showed they would not take any lip when they fired back at Johnson on Wednesday.

De Silvestro – one of only three women to notch an IndyCar podium – said before practice it would be good to silence the critics.

“Because the attention is on us if we don’t finish it would be a shame,” she said.

“There are others who won’t either.

“But I think we will prove them (critics) wrong.”

Gracie and de Silvestro will become the 15th all-female entry in the Great Race.