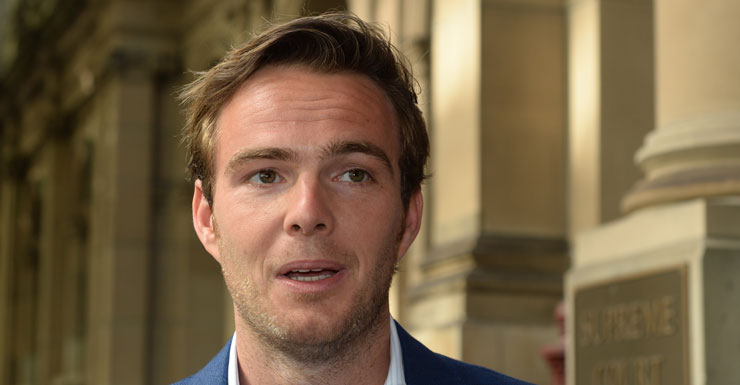 Formula One team Sauber has lost its appeal against a court ruling allowing driver Giedo van der Garde to race in this weekend’s Australian Grand Prix.

The Dutchman claimed he was promised a seat for the 2015 season, but the Swiss team dumped him in favour of Swede Marcus Ericsson and Brazilian Felipe Nasr.

A Victorian Supreme Court judge ruled on Wednesday that van der Garde should be able to race in the season-opener in Melbourne, upholding a Swiss arbitration tribunal’s decision.

• Why I’ll be ignoring the Formula One circus
• Australian Grand Prix 2015: our bumper guide
• Daniel Ricciardo is all smiles, but for how long?

Sauber launched an appeal against the Supreme Court ruling, but Justice Simon Whelan said the Court of Appeal would uphold it.

“The appeal is dismissed because we see no error in the reasons of the trial judge,” he said.

But the legal action brought by Sauber could sideline the entire team from Sunday’s race.

“What has happened in this case is a complete disregard of the award and of your honour’s (Justice Clyde Croft’s) order yesterday by Sauber by refusing to take any step to enable Mr van der Garde to compete in the race this weekend or subsequently for the remainder of the season,” he said.

Justice Croft had already raised concerns about Sauber’s willingness to abide by the Supreme Court ruling.

“I’m not satisfied in relation to what I’ve heard or not heard so far that there’s any enthusiastic compliance with the order I made on Wednesday or compliance at all,” he said.

“I think I have a lot more experience than both current racing drivers.”

Sauber argued it would be unsafe to let van der Garde drive in the race at such short notice in a car designed for Ericsson or Nasr.

But Justice Whelan said regulators would ensure the race was safe.

“No person is required to undertake any illegal or unsafe activity,” he said.

“These events are highly regulated. We proceed on the assumption that the regulators will ensure that all safety requirements are complied with.”

Justice Whelan said concern the court order could expose Ericsson and Nasr to liability for contempt was “far-fetched”.

“There is no realistic prospect of contempt by them if they do no more than comply with their own contractual arrangements,” he said.

The case has thrown Sauber’s racing team into disarray on the eve of official practice for Sunday’s race at Albert Park.

Van der Garde said he still had a good relationship with Sauber.

During the appeal hearing, Sauber’s lawyer Rodney Garratt QC said the Supreme Court ruling did not give the team enough time to change its preparation for the race.

“We had two drivers fitted for these cars who were training in them,” he said.

“Nothing required us to displace their training and preparation, and that continued from November up until now,” he said.

But Justice Whelan lost patience with that argument.

“Don’t look at me as if I’m a dill, you understand what I’m asking you,” he said.

“There was an order in these terms in December, why are you now here saying it’s all too late?”

“The rules allow and contemplate a driver stepping into another driver’s car,” he said.

“These drivers are all relatively of the same height and size.”

But Mr Garratt told the court van der Garde would not have time to get the necessary licence from the sport’s governing body.

“No one will be allowed to race who doesn’t have a Super Licence,” he said.

“Mr van der Garde does not have a Super Licence and under the regulations that simply cannot be obtained.”