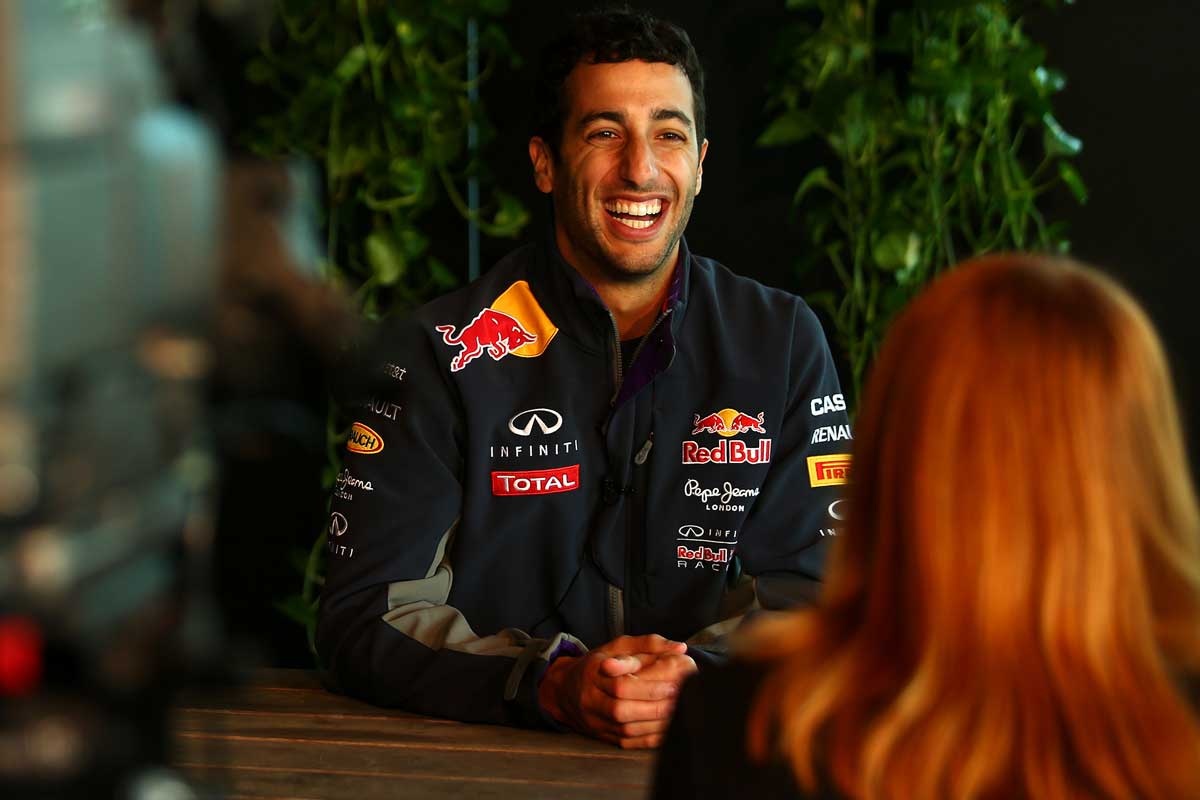 On the eve of what shapes as one of the most intriguing Formula One seasons in recent memory, Australian hopes rest squarely on the shoulders of one smiling young West Aussie.

Daniel Ricciardo was a breath of fresh air in 2014, his first season at Red Bull alongside defending world champion Sebastian Vettel.

Vettel had won four successive world titles heading into last season, but history will show the Red Bulls struggled to reproduce their speed and reliability under a raft of new regulations.

It will also show that Ricciardo consistently outperformed his more seasoned colleague, finishing third in the drivers’ championship behind Mercedes pair Lewis Hamilton and Nico Rosberg.

Can Ricciardo become Australia’s first world champion since Alan Jones in 1980? More importantly, can he become the first ever Australian winner of the Australian Grand Prix on Sunday?

He will have his work cut out against the Mercedes, who were imperious with the sport’s new V6 hybrid engines last year.

Mercedes’ dominance was the story of 2014 – 11 times the team occupied the top two places on the podium, on their way to winning the constructors’ championship by 296 points.

The big question is whether their rivals can close that gap, and the evidence from pre-season testing suggests not.

Mercedes topped the timesheets in the final session in Barcelona, and they clocked up 400km more than any other team to suggest that reliability shouldn’t be an issue.

The numbers point to Ricciardo and new teammate Daniil Kvyat – plus high-profile Ferrari pair Vettel and Kimi Raikkonen – fighting for scraps from the Mercedes table.

Ricciardo is trying to remain optimistic, despite the ominous pre-season form.

“Testing has shown us that Mercedes are still really strong, I don’t want to be pessimistic at all, but they seem to be the team to beat at the moment,” he said.

“Behind them I think it’s pretty close with us, Ferrari and Williams – we all look to be next in line.

“I think if we put it all together we can definitely fight for at least that last spot on the podium this weekend and try to apply as much pressure to the Mercs as possible.”

Ricciardo delighted his home supporters last season when he became the first Australian driver to finish on the podium at a home Grand Prix.

His joy was shortlived, however, after being disqualified for a fuel breach.

Despite that sour taste, he heads to Melbourne feeling positive after winter testing, which he described as “relatively good”.

“We had a few reliability issues but we racked up a lot of miles and learned a lot,” he said.

“I still feel that we have a bit more to go. But there is no better place to do this than going racing. I’m ready to go.”

Hamilton’s running battle with teammate Rosberg dominated the airwaves last season, and the Englishman – now a two-time world champion – believes he is at the peak of his powers.

“I feel fresh, I feel fit, I feel relaxed, I feel positive … I feel ready,” he said.

“I think as a driver you get stronger with every season, so I plan to be better than last year.”

But Rosberg is determined to make 2015 his year.

“Personally, I have focused on pushing myself even harder for the rematch with Lewis,” he said.

“In the end, it comes down to who can put the best season together overall and I have to make sure it’s the other way around this time.

“It’s a huge motivation for me and gives me even more determination for 2015.”

The Australian GP has a habit of throwing up a surprise winner. For all Vettel’s dominance from 2010 until 2013, he won in Melbourne only once.

There is also plenty of experience at McLaren, with Fernando Alonso and Jenson Button in the drivers’ seats, although the former will be absent from Albert Park after a bad crash in testing.

Daniel Ricciardo is all smiles, but for how long?