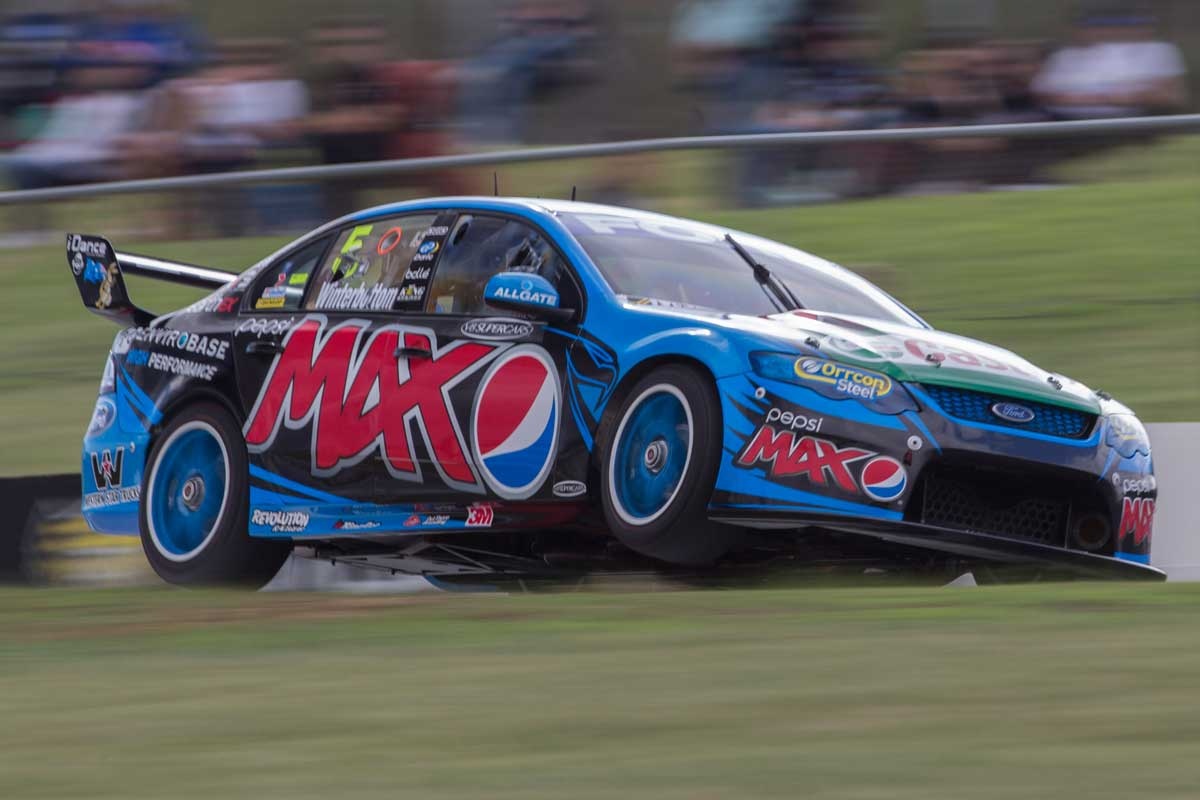 Ford legend John Bowe has hit out at the manufacturer’s decision to pull out of V8 Supercars.

Ford confirmed on Monday it is exiting the series from the end of the 2015 season, a decision that will leave a massive hole in Australia’s premier motorsport competition.

The company has been an integral part of the history of Australian touring car and V8 Supercars racing, winning 23 drivers’ championships across the two categories, the last via James Courtney and Dick Johnson Racing in 2010.

It has also won the Bathurst 500/1000 19 times, including the last two years in succession via Ford Performance Racing.

But Ford has progressively wound back its involvement in the category over the last few years; Dick Johnson Racing was dropped, Stone Brothers morphed into Erebus and Ford Performance Racing become the sole conduit for factory money.

Bowe, winner of two Bathurst 1000s with fellow Ford legend Dick Johnson in 1989 and 1994, told motoring.com.au’s Geoff Harris he was unhappy with the decision.

He said the move was “distasteful” and that he was “disappointed with the management at Ford”.

Bowe has long been critical of what he has called the company’s “wishy-washy attitude to motorsport” in Australia.

He said “millions” of fans would share his disappointment in the decision and predicted on Melbourne’s sports radio station SEN that Ford would come to regret it.

Bowe won this year’s Bathurst 12-Hour in a Ferrari, and still races a Ford (a Mustang) in the Touring Car Masters. Bowe won that popular series this year.

However, the long-time Ford driver said he would not advocate any teams continue to field Fords in the V8 Supercars Championship after the company ends its involvement in the category at the end of next season.

Ford will shut its Australian manufacturing plants no later than October 2016 and kill off the Falcon, the farewell model of which – the FG X – was launched last week.

FPR has been in negotiation with Ford over a renewal for months. FPR drivers Mark Winterbottom and Chaz Mostert will still race FG X Falcons in 2015, as will Marcos Ambrose for the new DJR Team Penske entity.

In total, six or seven Falcons should be on the grid in 2015, up to five of them run by FPR’s parent, Prodrive Racing Australia

However, with no factory backing, it is very likely there will be no Fords raced in V8 Supercars in 2016.

In an exclusive interview with motoring.com.au, Ford Australia marketing chief David Katic said: “We are very aware of what some people will think but all I ask is that people understand this is not about cost saving, this is about investing in areas that we think consumers will value as well.

“We have tangible proof of those investments; it’s not just saving money and that’s it. It’s new products, customer experience etc.

“We understand the passion but we think we need to make some of these difficult decisions – and they are difficult.”

This article first appeared on motoring.com.au.