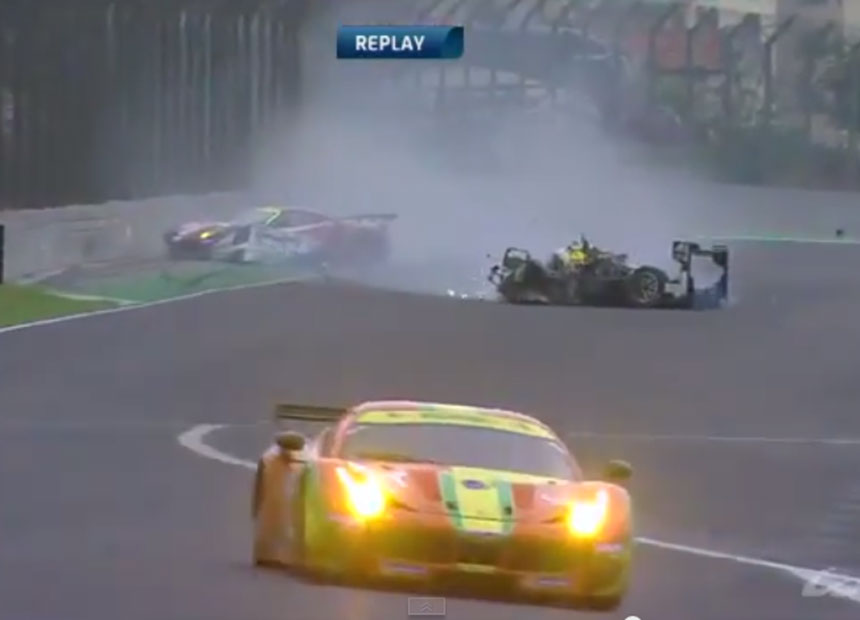 Webber, racing for Porsche in the World Endurance Championship after quitting Formula One last season, was stretchered off the Interlagos circuit on Sunday after his car collided with Matteo Cressoni’s Ferrari.

Both cars crashed into a concrete barrier at speeds estimated at around 300km/h, with the 38-year-old Webber’s vehicle catching fire before it came to a stop with the car wrecked.

“A dramatic accident occurred during the 6 Hours of Sao Paulo between the No.20 Porsche 919 Hybrid of Mark Webber and the No.90 8Star Motorsports Ferrari 458 Italia of Matteo Cressoni,” FIA medical delegate Dr Alain Chantegret said in a statement.

“The two drivers were conscious and transported with medical assistance to the circuit’s Medical Centre. Examinations took place.

“The two drivers were then taken to the Hospital Bandeirantes in Sao Paulo for additional checks. They are in a condition which is for the moment satisfactory.”

The race, which ended behind the safety car, was won by the Porsche of Neel Jani.

“The first thing I would like to say is that Mark is basically ok so that is good,” Jani said after the race.

The Porsche Team added: “The initial information the team received from the medical centre at the track was that he was not badly injured. However, he has been transferred to a hospital in Sao Paul for further checks.”