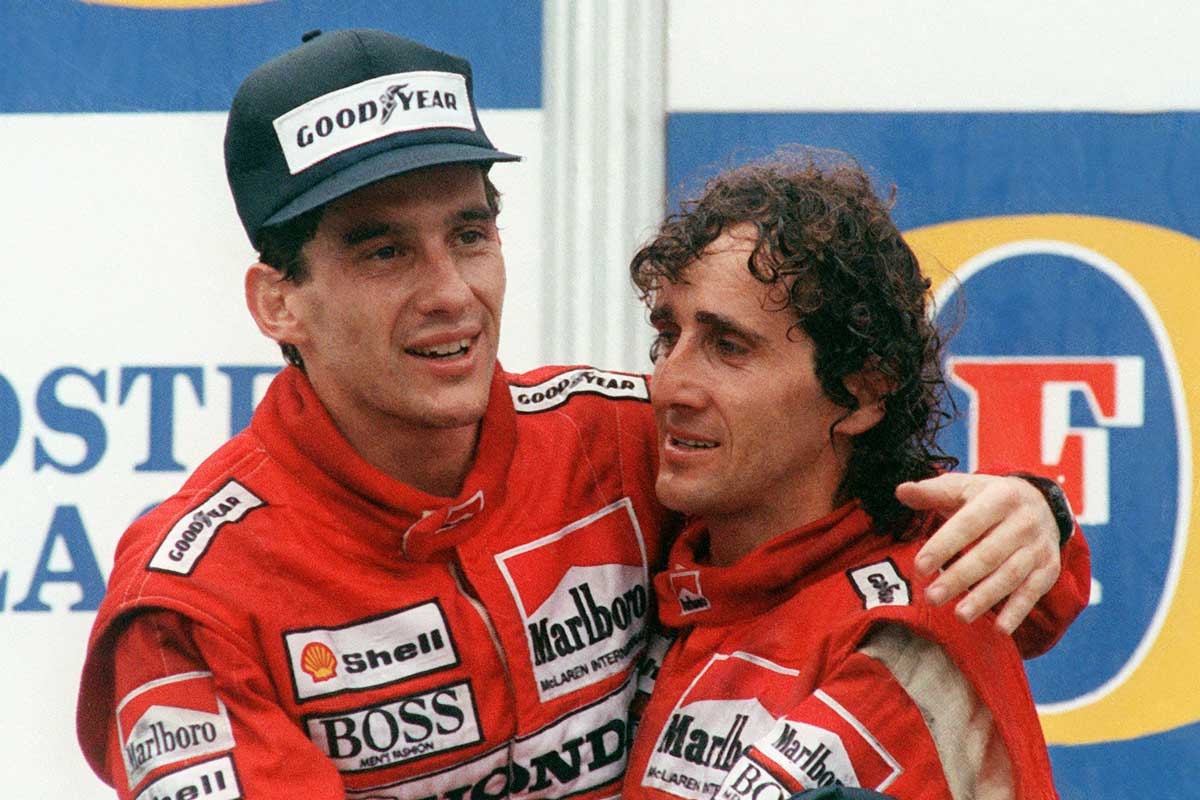 Rivalries are the lifeblood of F1 and, as is the peculiar nature of the sport, many of the greatest feuds happen within the same garage.

Tensions had been simmering between Mercedes teammates Lewis Hamilton and Nico Rosberg before the Belgian Grand Prix, with the two men jockeying for position at the top of the drivers’ standings.

Before the start of the season Rosberg, who is now 29 points ahead in the championship, was quoted by The Telegraph as saying: “It will definitely be harder, yes. The more success we have, the tougher it is.”

But Rosberg’s decision to close in on Hamilton on the Les Combes chicane on Sunday, damaging his wing and puncturing his tyre, cost the Englishman any chance in the race and inflamed tensions to boiling point.

That clash was preceded by another controversial incident in Monaco where Rosberg locked up in the final lap of qualifying, forcing a yellow flag. It meant that Hamilton couldn’t finish his final lap and Rosberg qualified on pole. Rosberg won and Hamilton spoke out after the race saying Rosberg tried to “screw him over”.

But before Belgium, during the sport’s summer break, the two had been at pains to publicly smooth things over.

Rosberg v Hamilton is the latest in a long line of bitter rivalries between F1 teammates. It makes sense that if two men are using largely the same equipment, they should be pretty evenly matched on the track.

We take a look at five of the most intense intra-team rivalries seen in F1.

These two were only together for one season at Ferrari, 1990, but there were enough fireworks to last a lifetime.

Mansell claimed mid-season that Prost was being given preferential treatment by team engineers, going so far as suggesting they had swapped cars without telling him when the Frenchman thought Mansell had a superior vehicle.

After the British GP, Mansell announced that he would retire from the sport altogether at season’s end, but was lured to overturn that decision with an offer from the Williams team.

After winning a world title in 1992, Mansell did finally call time on his career – after it was announced Prost would return to the sport to join him at Williams. The thought of another year with his nemesis caused Mansell to call a permanent halt to his F1 career.

This feud between Ferrari teammates Villeneuve and Pironi spanned only two races, but the former’s death in qualifying in the second of those means it casts a massive shadow.

Villeneuve, the father of 1997 world champion Jacques Villeneuve, was irate when Pironi defied what he thought was a team order to hold position in the 1982 San Marino GP, only to fly past him into the Tosa hairpin and take the win.

The Canadian declared he would never talk to Pironi again, and he crashed and died in qualifying a fortnight later in Belgium – trying furiously to beat the Italian’s time.

Pironi switched to powerboat racing, and was killed in 1987 in the Needles Trophy Race near the Isle of Wight. Following his death, Pironi’s partner gave birth to twins – who she named Didier and Gilles.

Vettel quickly assumed the mantle of the favourite child at Red Bull, leading to a number of blow-ups with the likeable Australian.

The pair collided in Turkey in 2010, with Red Bull management inexplicably siding with Vettel over the incident, even though it was plain to see it was the German’s fault.

When Webber won at Silverstone that year, the Australian declared it “wasn’t bad for a number two driver” and said he would never have re-signed with Red Bull if he had known his treatment would be so unfair.

Vettel stamped himself as F1’s public enemy number one when he ignored team orders to pass Webber and steal the Malaysian GP in 2013, en route to his fourth successive world title.

Proof positive that an intense rivalry doesn’t have to fuel dislike. These Brits ruled the sport during the 1960s, and as teammates at Lotus for two years from 1967-68 they won a world title each.

Scot Clark and Englishman Hill, however, remained friends despite their intense rivalry, and the current generation of F1 egos could learn a lot from how they handled themselves on and off the track.

Senna and Prost belong on the list at the top of this story, so intertwined are their names in sport’s annals. They spent two years together at McLaren, 1988 and 1989, winning a world title each.

But their relationship, best remembered in the sensational documentary Senna, was consistently fraught.

Things came to a head in 1989, when defending champion Senna needed a win in Japan to overhaul championship leader Prost and retain the title.

The Brazilian tried to pass on the inside at the final chicane, but Prost cut in and the two collided.

Prost was out, but Senna continued on and won the race, before being disqualified for receiving a push from marshals and taking a shortcut through the chicane.

When Senna died at Imola five years later, Prost said “a part of himself had died also”.

The Frenchman journeyed to Brazil to be a pallbearer at Senna’s funeral.