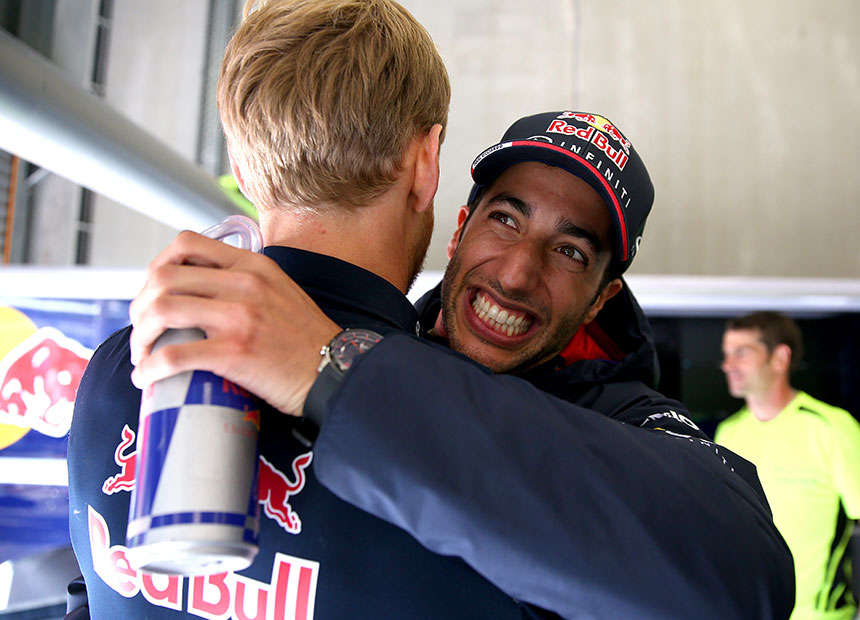 If Daniel Ricciardo said at the start of the season he had a genuine shot at the Formula One world championship, it probably would have drawn a laugh.

But, after a dozen races, he’s become a serious contender for the 2014 title and has vowed to keep fighting until it’s officially over.

Ricciardo on Sunday became the first Australian to win the Belgian Grand Prix since the late Sir Jack Brabham in 1960.

It was his third victory in the past six races and the Red Bull team’s 50th in F1.

“There’s definitely a few on the calendar that stand out more than others and Spa is one of them,” said Ricciardo, who won last round in Hungary and in Canada in June.

“But, to be honest, any win is special in Formula One.”

His victory moved him to within just 64 points of Rosberg and 35 points adrift of Hamilton.

With seven races left and double points on offer at the season finale in Abu Dhabi, Ricciardo isn’t ruling out the possibility of stealing the crown from Mercedes’ grasp.

“If I’m within 50 (points) coming into Abu Dhabi then yeah (there’s a chance), but there’s still a few races to go,” he said.

“Today was a big day for that. To come and steal some points on a circuit where, let’s say, we weren’t supposed to, is nice. It’ll keep us smiling for a while.

“But I think what’s important, looking ahead, is to capitalise on the circuits that we should be strong on and if we can take maximum points at a couple of those then it’s never over.”

The 25-year-old predicted “good things ahead” for his team, especially in Singapore and Japan after next month’s Italian Grand Prix at Monza.

“Monza we know will be tricky again, but obviously the package we brought here was pretty racy, so, try and take something from here to Monza and then I think Singapore and Suzuka will be pretty good for us.”

Ricciardo this year has completely outshone his four-time world champion teammate Sebastian Vettel, who’s yet to win a race and only featured on the podium twice. He is a staggering 58 points behind the Perth-born driver in sixth on the overall standings.

“I’ve demonstrated good racecraft and good consistency, so I think the team has been really pleased and I’ve been pleased so we’re in a good place.

“I’m enjoying it more than ever.” – with AAP