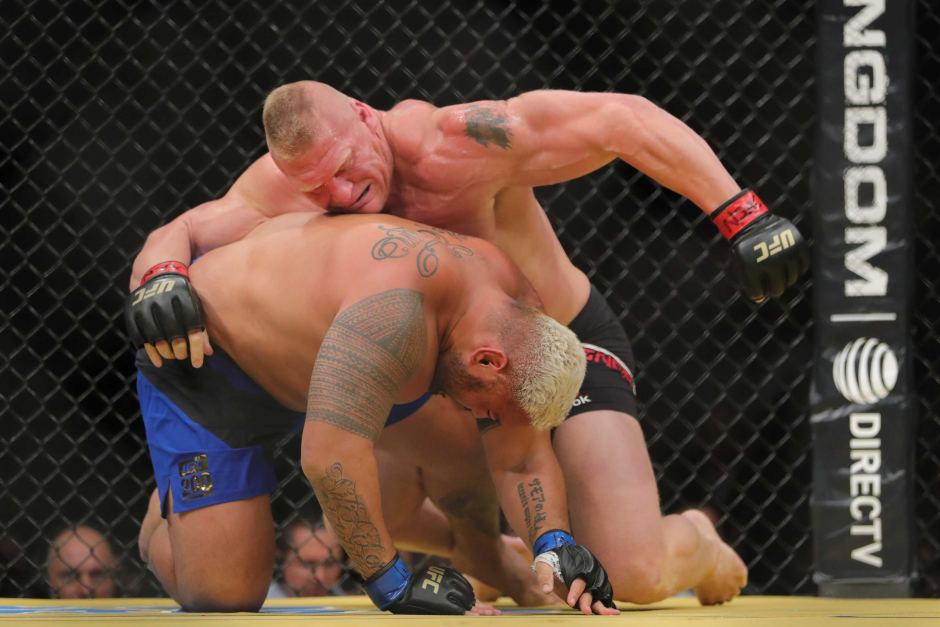 Former heavyweight champion Brock Lesnar has made a triumphant return to the Octagon, defeating Mark Hunt by unanimous decision at UFC 200.

After five years out of the UFC, Lesnar defied the odds to defeat the long-time Australian-based New Zealander, utilising his wrestling skills to take Hunt to the mat several times in the fight.

All three judges scored the Las Vegas fight 29-27 for Lesnar.

The two seemed to be equal after the second round, both staying on their feet and Lesnar avoiding Hunt’s power punching.

However in the third, the man nicknamed ‘The Beast Incarnate’ took control.

Lesnar took Hunt to the canvas and unloaded with a stream of short lefts to the head of Hunt to ultimately take victory.

The win over a top-10 opponent such as Hunt immediately puts Lesnar in the heavyweight title conversation, but he said he wasn’t immediately thinking of a battle with current champ Stipe Miocic.

Tate, like Holly Holm – who she took the title from – lost by submission to Brazilian Amanda Nunes.

Nunes bloodied Tate very early in the opening round and continued to deliver a slew of punches.

Tate then quickly submitted to a rear-naked choke from Nunes.

“She’s a very fast starter, very dangerous in the first round and she caught me fair and square,” Tate said.

Nunes is the latest in a string of different bantamweight champions. The title has not been defended successfully since Holm knocked out Ronda Rousey at UFC 193 in Melbourne in November.