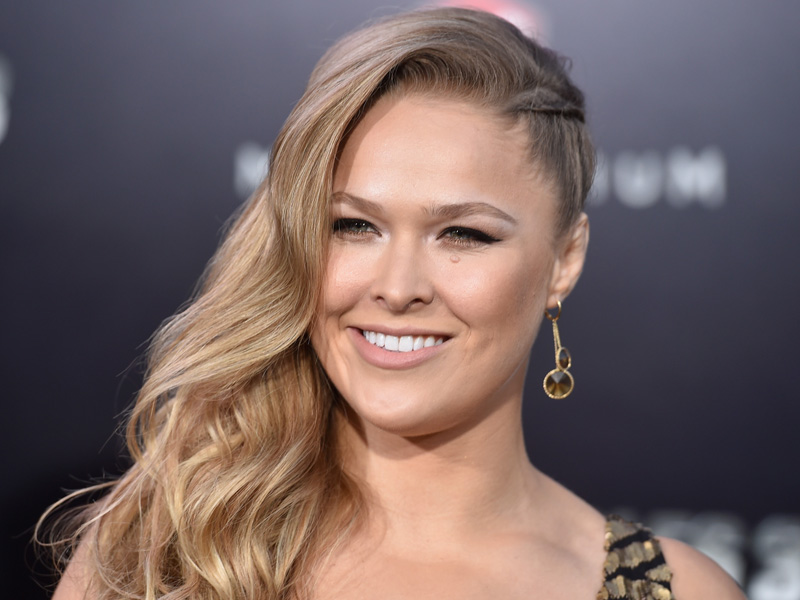 Ultimate Fighting Championship (UFC) juggernaut Ronda Rousey says she will ‘kill’ anyone who calls her fat.

The mixed martial artist has opened up about her battle with bulimia as a teenager and body image in Hollywood, in an interview with The New York Times.

Rousey, 28, talks about filming a television commercial one time when someone suggested she should lose weight.

“I swear to God, if anyone calls me fat one more time in my life, I’m going to kill them,” Rousey told the newspaper.

The undefeated bantamweight champion has won all but one of her 12 fights in the first round, and will take on Holly Holm at Etihad Stadium in Melbourne on November 14.

She will be the headline act for UFC 193, with Australian heavyweight Mark Hunt to take on Antonio `Bigfoot’ Silva on the undercard.

In the The New York Times interview, Rousey said unrealistic views on the female body heavily impacted on her as a teenager.

“I was afraid to show my big arms,” Rousey said, adding she would wear zip-up jackets in 40-degree Celsius heat.

In high school, she revealed she struggled with food issues and bulimia in an effort to maintain weight limits for judo tournaments.

She was the first American woman to win an Olympic medal (bronze) in judo.

She said she turned to mixed martial arts because she needed a new challenge – and a reason to give up drinking, smoking and pill-popping that came after her success at the 2008 Beijing Olympics.

She said she trained for the UFC even though the sport’s president, Dana White, said he would never let a woman into the league.

“If I can represent that body type of women that isn’t represented so much in media, then I’d be happy to do that,” Rousey said.

“When women say that going on publications directed at men is somehow demeaning, I don’t think that’s true. I think that’s one really effective way to change the societal standard women are held to.”

The face of UFC, Rousey is now a household name, starring in films Furious 7, The Expendables 3 and Entourage.

Ronda Rousey will ‘kill’ anyone who calls her fat