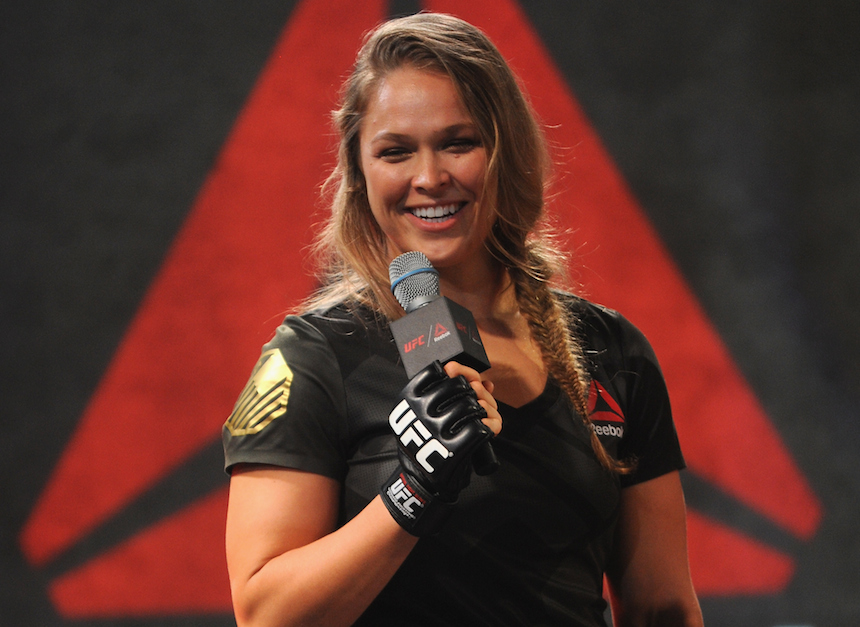 The seemingly unstoppable Ronda Rousey has added another string to her bow.

The UFC champ will be the first woman to front the cover of Australian Men’s Fitness, as announced on Rousey’s Instagram on Saturday.

• ‘Baddest woman on the planet’
• Shooter links to mosque

Rousey, the unbeaten female bantamweight UFC champion, is known for finishing off her opponents in less than a minute. Rousey’s Australian cover comes the month before she faces Holly Holm in a UFC headlining fight at Etihad stadium in Melbourne.

In 2014, Rousey made headlines when she declared she could beat boxing champ Floyd Mayweather in a no-rules fight.

“Floyd is one of the best boxers of all time,” wrote Rousey wrote on a Reddit ‘Ask me anything’ session.

“He would definitely beat me in a boxing match. I unfortunately don’t get into ‘matches.’ I fight for a living.”

Accepting the ESPY award for Best Fighter last year, Rousey quipped: “I wonder how Floyd [Mayweather] feels being beat by a woman for once.”