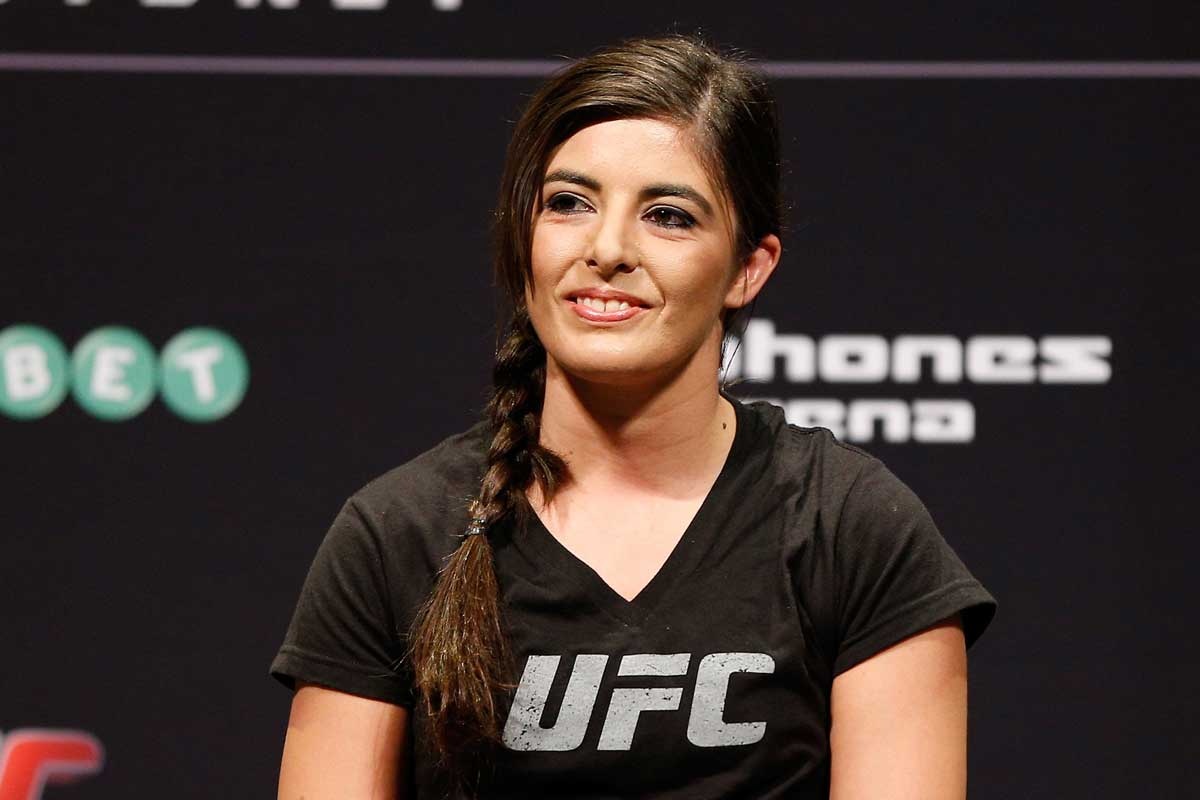 When I was studying physics at school the only muscles of mine that got a workout were the ones holding up my eyelids.

Not so for Alex Chambers, the mixed martial artist with a double degree in science and mechatronics engineering with a major in astrophysics.

“When I was studying robotics I was always thinking of building fighting robots – that was always something I wanted to do. Testing forces of punches and kicks was always in the back of my mind – fighting is physics,” Chambers told The New Daily.

“There’s so much technique involved in the sport of MMA. It’s all about science and physics – speed, power, force, everything, leverage – all that sort of stuff.”

At eight, Chambers took up karate and by the time she got to Sydney University she was competing internationally. The transition to MMA was a gradual, but logical one.

To fully develop her skill set she took on cross training, kickboxing and also learnt grappling and jiu-jitsu (the essential arsenal for fighting when taken to the ground). MMA soon became an obsession, with a dream of one day fighting in the octagon.

She had to choose between a career as an engineer working in robotics or a full-time fighter.

“Martial arts is my passion and I really wanted to make something of it at the time so it was a difficult decision but at the same time it was an easy decision because I was following what I love to do.”

Not surprisingly her parents and friends tried to talk her out of it.

Back then opportunities for women in martial arts were non-existent. (UFC president Dana White famously said “women will never fight in the UFC” but that changed when Ronda Rousey hit the scene).

“It’s an unimaginable dream. By that I mean this is something I never thought would be possible for me while I was still competing in the sport. Up until a few years ago there were no women in the UFC, and up until only recently my weight division didn’t exist in the UFC,” said the 35-year-old from Manly.

Forward thinking, propelled by the superstar status of Rousey, has blasted perceptions about women and MMA. The new strawweight division (48-52 kg) is testament to that.

“It’s very important for me to be a role model, especially for young girls. I want to inspire people to follow their dreams and never give up, no matter how unattainable it seems.”

On Saturday Chambers and fellow strawweight Bec Rawlings will make history by becoming the first Australian women to compete in the UFC.

Speed and elusiveness are Chambers’ greatest strengths – and not having to stress about making weight.

“In terms of diet I haven’t sacrificed much. In fact I’ve eaten a donut the last two days whereas the other girls couldn’t even smell a donut.”

Chambers’ fighting moniker is ‘Astro Girl’ which has a double meaning.

“Obviously the connection to my studies, but it’s also a reference to ‘Astro Boy’, who always overcame larger opponents or enemies. Like him, in pretty much all of my fights, I’ve been the smaller fighter and underestimated.”

Her opponent, Irishwoman Aisling Daly, is a good friend with an excellent ground game.

“She’s got a brown belt in jiu-jitsu and her stand up is really quite unorthodox. It’s hard to train against someone like that. I think we’re going to bring the best out of each other in this fight.”

I find women who fight fascinating. From an equal opportunity perspective you have to applaud the UFC.

There is a perception that all fighters come from the Rocky Balboa school of hard knocks, and while many do, not all of them wear a flat cap and fingerless gloves.

MMA is difficult to stereotype – there are ex-military, college graduates, teachers, farmers, engineers and now an astrophysicist.

Let’s hope Chambers gets her angles right on Saturday.

The Ultimate Fighter 20 finale, featuring Alex Chambers and Bec Rawlings, airs on Saturday at 11am on Fox Sports Two.