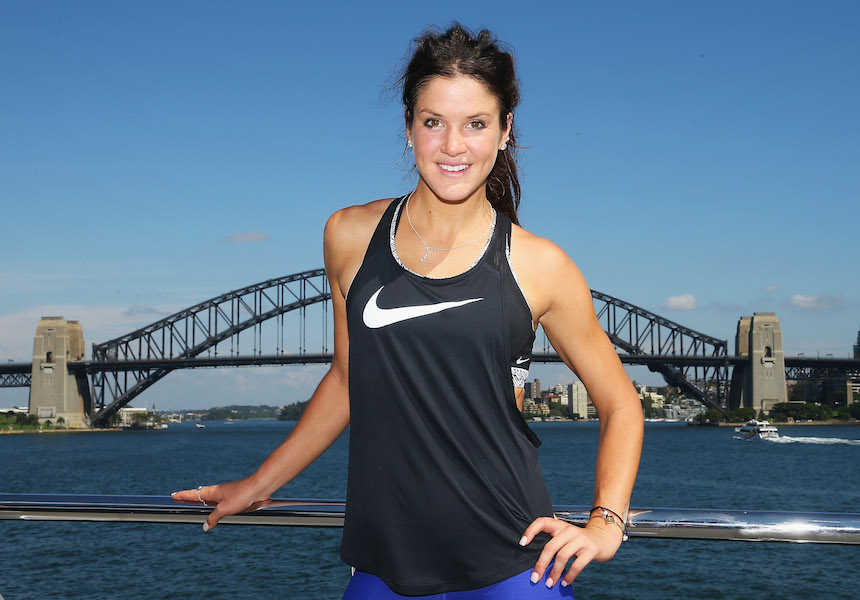 Everyone makes mistakes. Unfortunately, when you’re a darling of Australian sport and a member of the Olympics-bound Hockeyroos like Anna Flanagan is, your slip-ups have slightly bigger consequences.

The 24-year old made headlines this week when it emerged she failed a breath test in March, had her license suspended for 10 months, and was fined $1000. To make matters worse, there are now allegations she may have hidden the incident from the Australian Olympic Committee.

Flanagan’s apparent failure to disclose criminal behaviour to the AOC in a statutory declaration she provided has raised questions about her inclusion in the upcoming Rio Olympics.

Until then, Flanagan’s brand had been spotless – a fun-loving, fit young sporting star who was a marketing dream.

Here’s why “Flanno”, as she was nicknamed by friends, has amassed a huge social media following, several high-profile sponsors and an impressive series of accolades.

She started playing hockey at the age of five.

Her whole family played the sport and her father even coached her for a few years.

“I think having a parent as a coach, having that closeness, you do have those fights you might not have with someone else.

“At the same time they’re really honest with you … and don’t sugar coat it.”

Flanagan has been open about their relationship on social media, sharing various posts describing Bruechle as her “favourite human”.

She has a degree in journalism.

Flanagan has a degree in sports journalism from the University of Canberra and has done some reporting work for Fox Sports.

She also boasts a postgraduate diploma in legal studies and has a passion for nutrition.

She has to be. Her sponsor is energy drink company Red Bull – she was the first Australian hockey player to sign a deal with the global giant.

She’s an advocate for women’s rights.

On International Women’s Day this year, Flanagan wrote an article pledging her support for gender equality and pay parity. She acknowledged that she was fortunate to play a sport in which men and women were treated equally.

She was photobombed by the Queen.

During the 2014 Commonwealth Games, Flanagan and her teammates snapped a selfie with the British monarch in the background.

Flanagan posted the shot to Twitter with the caption: “What a day!! 4-0 win over Malaysia… And we just met the QUEEN!!!”

Aside from being named in FHM magazine’s list of the “sexiest Commonwealth Games ladies” in 2014, Flanagan has also tried her hand at several photo shoots.

Her work with Nike sees her sporting plenty of active wear, but the brunette has also posed in everything from evening gowns, to lingerie, to the Australian flag.

She battles an iron deficiency.

A change in diet, and an increase in red meat, has seen Flanagan bounce back.

She admits the alteration “made a huge difference” to her wellbeing.

She had to choose between athletics, tennis and hockey.

A natural athlete, Flanagan “had to pick” at “15 or 16”. She stuck with hockey because of the team nature of the sport.

She isn’t allowed to room with Georgie Parker.

The Hockeyroos teammates are also best friends. They hang out together and push each other improve.

But because they “end up talking all night”, they aren’t allowed to share rooms on tour.

She was named the 2012 World Young Player of the Year.

The defender became the third Aussie to win the award after impressive performances at the Olympics in the same year.

She scored twice at the event, helping the Hockeyroos finish fifth.

She lived in the Netherlands.

Flanagan spent five months in the European country in 2014 ahead of the Commonwealth Games that year.

She played for MOP, under the guidance of famed player Toon Siepman.

When she’s not playing hockey, she loves street skating.

Flanagan says that “skating gives me a feeling of freedom that I don’t get anywhere else” and that it helps her wind down.

She is a massive fan of the Harry Potter books.

Flanagan certainly isn’t alone on this one, but she recommends the series highly.