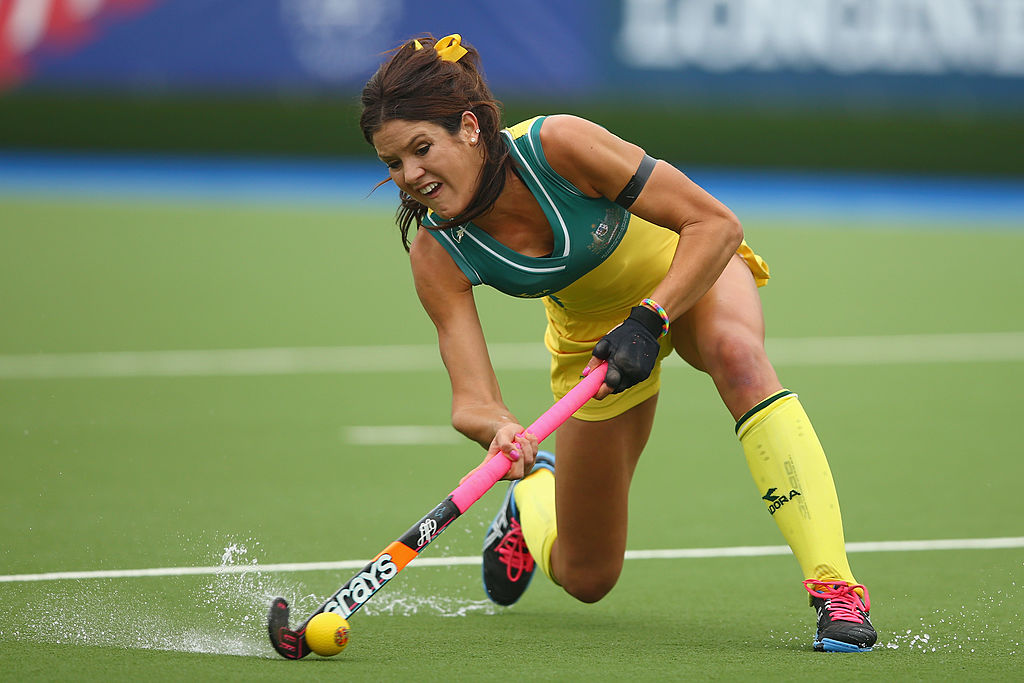 Anna Flanagan will take time off from the game. Photo: Getty

It’s another to take on Australian hockey’s hottest and most marketable property, Anna Flanagan.

In March, Flanagan failed a breath test at the wheel in Perth, reportedly blowing three times the legal limit.

She had her licence suspended for 10 months and was fined $1000. On apparent advice from her lawyer, the 24-year-old didn’t tell Hockey Australia or the AOC, hoping it would all go away.

The secret finally came out on Friday though, with Hockey Australia swiftly dumping Flanagan from this week’s International Hockey Open in Darwin – and the upcoming Champions Trophy in London.

The AOC are likely to be far more strict and revealed to The New Daily on Wednesday that Flanagan signed a statutory declaration in May that did not mention her indiscretion.

An AOC spokesperson said: “Every athlete and official must sign the team agreement.

“As part of that agreement, you must sign a statutory declaration saying that you have not been involved in doping and also list any criminal convictions or pending charges.

“We understand Anna Flanagan was arrested for drink-driving in March. She signed her team agreement in May but she did not list the drink-driving offence.

“We have asked her for an explanation. We are awaiting her reply.”

If the AOC and Hockey Australia are ‘fair dinkum’, she must sit out the Rio Olympics.

After all, Chiller has repeatedly warned Kyrgios – and Tomic – about their conduct, and how it could cost them an Olympic berth.

She said they were both “on notice” and slammed Tomic for his “appalling” behaviour when attempting to return serve while holding his tennis racquet upside down.

She also said Kyrgios was “ill-advised” after a social media outburst and questioned whether he knew what it meant to be an Olympian. Chiller declined an interview with The New Daily.

A star on and off the pitch

Flanagan is a key player for the Hockeyroos and has won 166 caps and scored 34 goals.

She’s pocketed gold medals at the 2010 and 2014 Commonwealth Games, and in 2013 was voted the World Young Player of the Year.

Flanagan is also potentially one of Australia’s most marketable sporting talents.

She’s carving out a career in journalism as a presenter for Fox Sports in Perth, has done promotional work for Nike, and in early 2015 became the first Australian hockey player – male or female – to sign a sponsorship deal with the much sought-after Red Bull brand.

In dollar terms, Flanagan has a lot riding on Rio.

Since last week’s disclosures, she has issued the obligatory apology, recognised her “actions were not in keeping with someone in [her] position”, and promised to work harder and “make it up to those I have let down”.

Such statements are all part of the professional athletes’ fluff-filled lexicon these days.

But they don’t get around the cut-through fact that drunk drivers cause accidents and kill people.

In October 2014, the most successful Olympian of all time – American Michael Phelps – was suspended for six months for drink-driving.

His weekly stipend was cut and he missed the World Championships in Russia.

Despite his 18 Olympic gold medals, Phelps was off the team. The same must happen here.

Chiller and the AOC must get over their priggish preoccupation with Krygios.

He won’t be the last bloke with a bad temper to represent Australia. But the actions of angry tennis players don’t have the potential to kill people.

These issues require administrators with the courage to use sport to promote broader messages about acceptable and responsible social behaviours in the community.

The Flanagan case offers Chiller, the AOC and Hockey Australia to make a stand against the scourge of drunk drivers in this country. They must act.

Why hockey’s golden girl must be banned from Rio