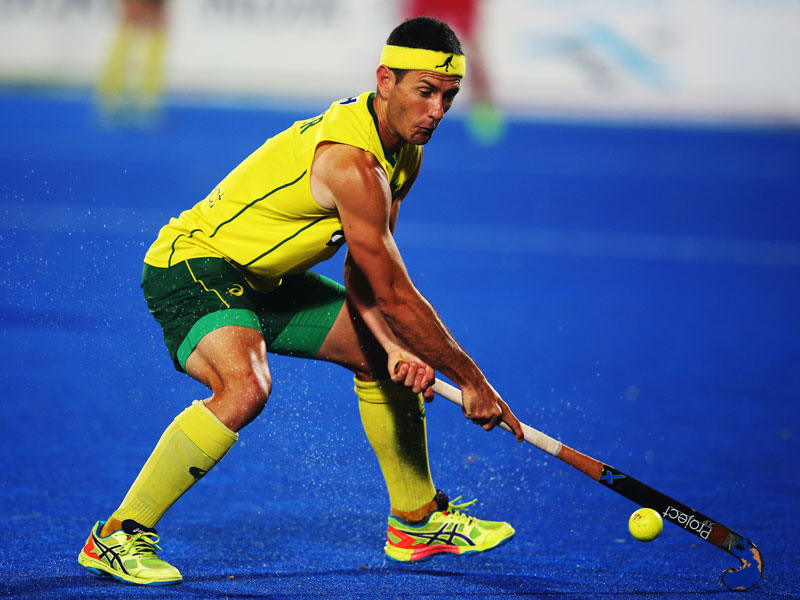 Kookaburras veteran Jamie Dwyer has confirmed he’ll retire from all forms of hockey after the Rio Olympics, but not before going out with a bang.

Dwyer and captain Mark Knowles are on track to appear at a fourth straight Olympic Games after being named in Australia’s preliminary 27-man squad for Rio.

The squad will be trimmed to 16 in July, but Dwyer is expected to make the final cut given his strong form this year.

• The six things every hockey player has in their bag
• For love or money: Hockey’s difficult choice
• What do hockey stars listen to before the game
• Hockey hurts, but don’t let injuries get you down

The situation is in stark contrast to 18 months ago, when Dwyer was sensationally axed by then-coach Ric Charlesworth for the Commonwealth Games in Glasgow.

Dwyer has since been welcomed back into the fold by new coach Graham Reid, and the 36-year-old has set his sights on helping the team win gold in Rio next year.

“I know I said after the last Olympics that I wouldn’t go to another Olympics. But this one will definitely be my last,” Dwyer told AAP.

“I’m sort of nervous about life after hockey, but I’m also looking forward to it.

“I’ve got three young kids and I’d love to spend more time with them.”

Dwyer, a five-times world player of the year winner, will be remembered as Australia’s greatest-ever hockey player.

His finest moment came in the 2004 Olympic final against the Netherlands when he scored the winning goal.

But the classy striker revealed he came close to retiring following his axing last year.

“There were some days there I told myself I was going to retire, and then other days where I wanted to keep going,” Dwyer said.

“At my age, I’ve always got something to prove.

“This year I went out there and I wanted to prove to myself that I was good enough, and to everyone else in the world who doubted me.

“I’m still one of the fittest guys in the team.”

More than half the extended squad selected for Rio are yet to appear at an Olympics.

But Reid, who was an assistant to Charlesworth when the Kookaburras lost their semi-final 4-2 to Germany at the 2012 Games, believes his team have the right mix to go all the way in Rio.

“We did a lot of soul-searching after London. I actually think we’ve got a deeper squad than we had back then,” Reid said.

The Kookaburras’ Olympic preparation will take in the Sultan Azlan Shah Cup in Malaysia in April and the Champions Trophy in Argentina in June, along with a series of home Tests.

The expanded Australian women’s Olympic hockey squad will be announced on Friday.