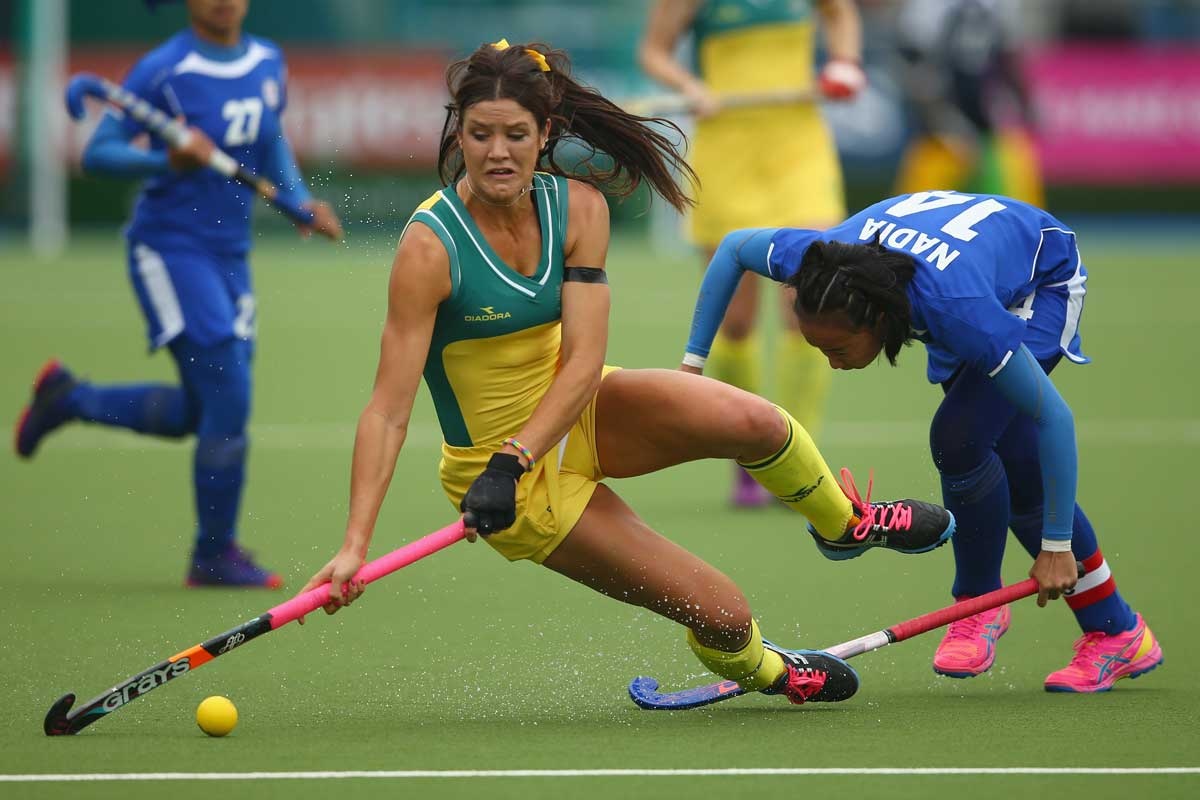 “This is a man’s world, but it would mean nothing without a woman.”

James Brown once sang that. Great song, but these days the lyrics could do with a tune up.

Click here to signup to The New Daily and go into the draw to win!*

The hockey field, I’d like to think, is owned by both genders.

• So you think you can lead?
• Things we love … but never want to see again
• The hockey coaching clichés we’re totally over

It’s something I can’t say for a lot of other sports.

The gender pay debate in sport raged recently, after the wages of Australia’s women’s soccer team, the Matildas, made headlines at the World Cup.

It is an entirely different story when it comes to hockey.

In the words of Hockey Australia CEO Cam Vale, “we treat our athletes as athletes”.

“Whether you’re a Kookaburra or a Hockeyroo, when it comes to basic terms and principles in how we remunerate our athletes it’s exactly the same,” Vale said.

So Hockey Australia dishes out equal pay for men and women who perform the same job.

A refreshing thought, that.

But it doesn’t stop there.

“One of our key strategies as a board and as a CEO, is to help bridge that gap by using more of our commercial income disproportionately to fund women’s programs,” Vale said.

“A big part of the difference between us and other sports is that we can truly say, hand on heart, we try to win both [men and women].

“I think it’s certainly not the common thread [in other sports].

“I’m sure there are other team sports, particularly in the Olympics space that would be similar [to hockey].

“Sports like water polo and potentially volleyball, team-based sports would have a similar approach you would hope.”

Vale, whose sports administration career includes time with NRL and AFL clubs, was measured in his criticism of other sports, but I don’t have to be.

The pay gap in many other sports in Australia is an embarrassment and their failures are exposed ever more by hockey’s commitment to equality.

Gender equality has been a key foundation for hockey in Australia and it is this mindset that has allowed it to flourish on the international stage.

For Vale, the recent conversation surrounding pay disparity between the Matildas and the Socceroos was “interesting”.

“For a sport like hockey, this is a pretty simple discussion.

“You read this debate around how sports are approaching this… saying, we’re going to be focussed on having more women in this area or whatever it may be, it’s great to see.

“But from our perspective, isn’t that just something you should be doing rather than having to force yourself to do?”

So does Vale see a time when men and women will be taking home the same pay packets across all sports?

“For some of the bigger sports that are caught in this debate they have to make serious change if they are really going to address this issue and I think it’s going to be very difficult.”

One thing is for sure, these sports could do worse than look to Hockey Australia for a bit of guidance.

“We have a lot to offer in how this whole issue could be tackled.”

1. “We’ve had gender equality and pretty much a dual focus for a long time.”

3. “It’s ingrained in what we do, so we don’t need to fix or change or manufacture anything.”

4. “The debate and discussion is well and truly needed about the reality for female athletes in sports.”

5. “As far as program funding goes we are always going to fund the programs as close to the other one so we have as equal a chance to have success across both.”