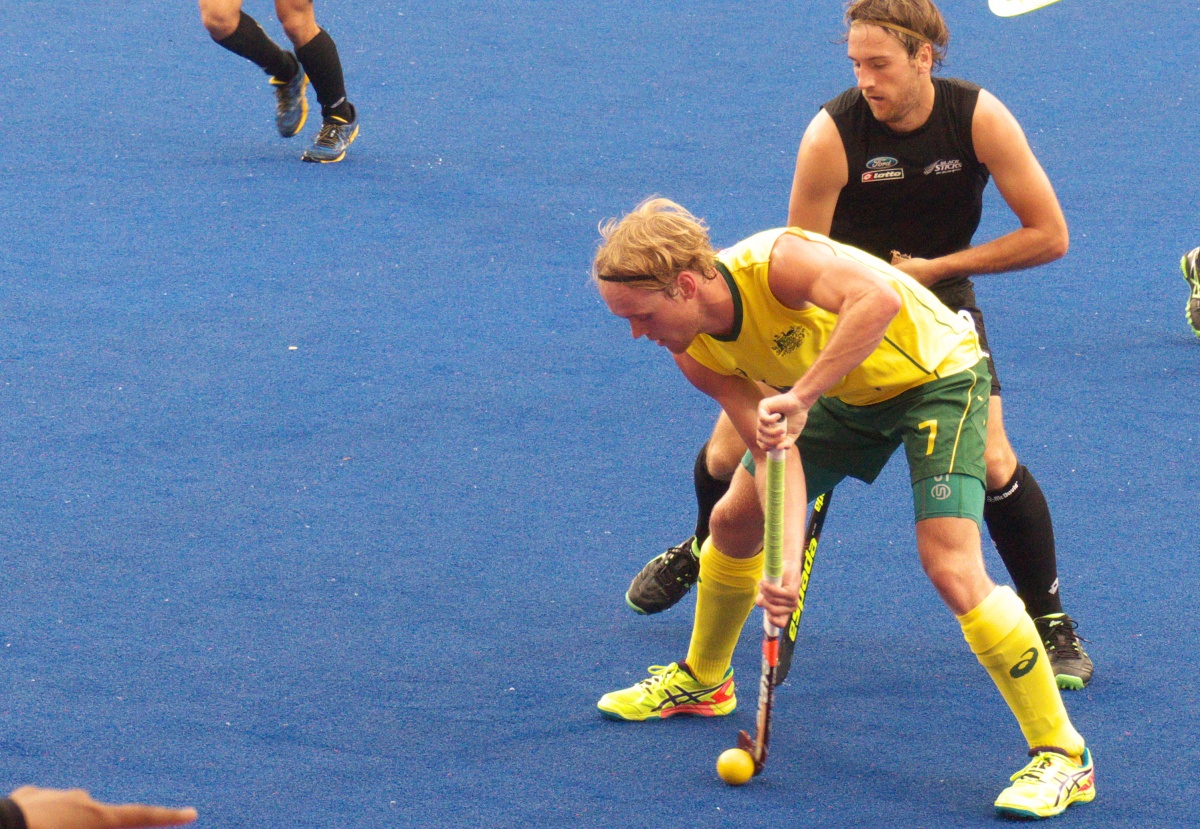 Hockey has one of the highest participation rates in the country, and Tim Doutré is one of the leading voices. In this regular column, you can expect to hear news about the hockey you play; the technology, the equipment, the rules and the rants that make the sport so enjoyable.

TIME ON TIM’S SIDE

Time is truly a funny thing in hockey. Earlier this year Tim Cross was stomping the lines at Greensborough Hockey Club, powering through another preseason for the Victorian Premier League reigning champion.

Fast forward just a few months and he has been named in the Kookaburras squad for the Azlan Shah Cup, been presented his guernsey by Jamie Dwyer (and roomed with the Australian hockey champion), made his debut for the green and gold, and to top it all off – slotted a goal in his first outing.

“The last few days have almost been surreal. I have almost had to pinch myself a few times to realise that I am playing for my country,” Cross says.

The 24-year-old made the trip to Malaysia after an injury to defender Joel Carroll and went on to score in the Kookaburra’s opening match against Canada on April 5.

The goal, an overlap from right half, was a moment Cross will never forget.

“Initially I was stunned because I couldn’t believe it went in,” he says.

“Once I knew it had, I was ecstatic. To score on my international debut was something I wouldn’t have even dreamed of.”

Rooming with Australia’s most capped player was an “awesome experience”, he says.

“He [Dwyer] has such a wealth of hockey knowledge,.

“He also helped me settle my nerves before my first game, which I really appreciate.”

1. Malaysia is hockey mad: “The locals love hockey, and having people wanting photos and autographs, has surprised me how hockey mad other countries are.”

2. His hockey future is in his hands: “[Dwyer] said whatever happens from here on is up to me, and that I should never take it for granted.”

“The biggest difference [to the Victorian Premier League] is it is so much faster and the skills you need to perform have to be done quicker. Also player’s individual skills are so much sharper.”

4. Jamie Dwyer likes Connect 4: “Rooming with Jamie has been an awesome experience. We’ve had a lot of fun playing cards and Connect 4! Also being able to ask him questions on hockey and pick his brain has been something that I have tried to take advantage of.”

From someone just starting out a career, to someone with longevity of which most can only dream.

Judy Aitkenhead, affectionately know as ‘Fossil’, started playing hockey at the age of 16 at her teachers training college in Brisbane.

She pulled the plug on her playing career in 2013 at the tender age of 71.

Plenty has changed in her time on the field, but there were two things she was not sad to see disappear.

“Playing offside was always a contentious issue so was the bullying off,” she says.

“For the bully, you had to put the ball on the ground, two players opposite to one another cross sticks.”

“It was how they started each game,” Judy says.

“At the time we had no other option but through the years the coin toss has come in and you do that and just get going, it’s a much better proposition.”

Judy is the matriarch of the Aitkenhead family, recently highlighted by Hockey Queensland as part of a state-wide search for hockey loving families.

Three generations of Aitkenheads have played hockey in Gladstone and Judy has a whopping 25 grandchildren, 21 of whom are playing hockey.

One thing that has not changed since she strolled onto a grass field back in the 1950s is her love for the game:

“I love the camaraderie, the competitiveness, the skills, the athleticism and the team spirit.”

One thing that has changed for the better is the penalty shoot-out.

Nothing gets the heart pumping faster these days than watching a striker charge in for a one-on-one with a goalkeeper.

And nothing makes the pit of your stomach drop more than being one of those two people.

The Euro Hockey League final on April 6 produced an epic shoot-out bound for the highlights reel.

UHC Hamburg and Oranje Zwart were all tied up at 1-1 at the end of time sending the two teams into a battle royale.

To quote the commentary team: “I tell you what? Why don’t we just share it.”

Spare a thought for the goalkeepers – Nicolas Jacobi and Vincent Vanasch – it’s times like these you just feel lucky you aren’t the one wearing the pads.

Oh, and keep an eye out for the shot that hits the crossbar. Ouch!

JUST A WALK IN THE PARK

Here’s one from the ‘you’ve got to be kidding me’ files.

Hockeyroo Ashleigh Nelson has posted a video of her and Kookaburras captain Mark Knowles in a friendly game of ‘hit the crossbar’.

And what happens when you challenge a World Player of the Year to hit the crossbar from halfway down the field?

Well all I can say is: you’ve got to be kidding me.

Got a hockey tip? Let Tim Doutré know on twitter at @TimDoutre or on facebook at https://www.facebook.com/TimDoutreJournalist