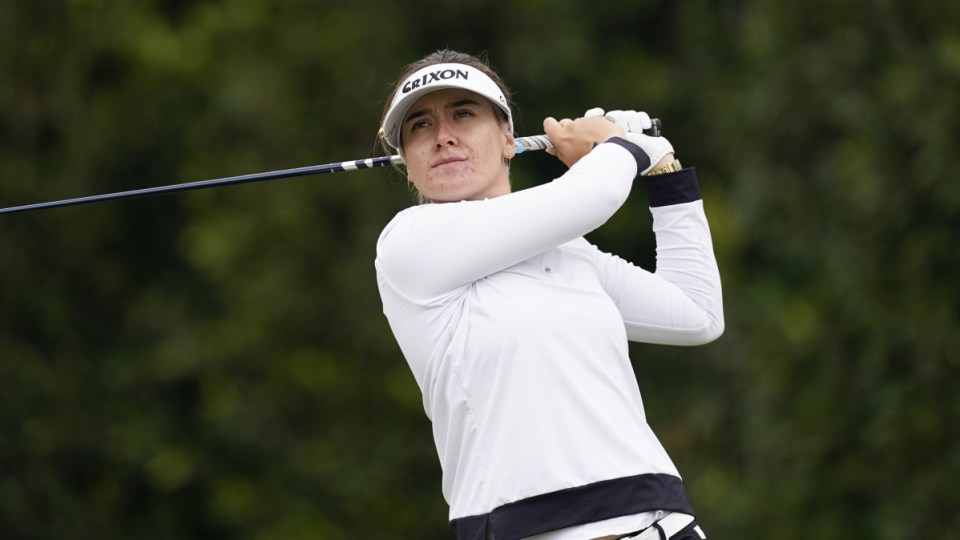 Hannah Green enters the fourth round four strokes behind the leader but coming on strong. Photo: AAP

Australia’s Hannah Green has kept her nerve after a third-round mixed bag of birdies and bogeys to be just four strokes off the lead at the Women’s PGA Championship.

Green, the 2019 champion, fought to an even par 72 on a tough and steamy Congressional Country Club course in Maryland on Saturday to be four shots behind retreating leader In Gee Chun going into the final round.

Seeking her third major title, South Korean Chun struggled to a three-over 75 as her six-shot lead was slashed to three strokes at eight under.

Green is outright fifth, a shot further back and one clear of Thailand’s Atthaya Thitikul (68), Canadian Brooke Henderson (73) and Americans Jennifer Kupcho (74) and Jennifer Chamg (73).

Australia’s world No.3 Minjee Lee shot a 73 to tied 10th, six shots from Chun, as she attempts to back up her recent US Women’s Open victory.

Rookie countrywoman Steph Kyriacou posted a third straight 72 to be just inside the top 20.

Chun was holding her own with a five-shot lead until she made a double bogey on the par-5 16th hole when forced to take an unplayable lie and she finished her round at eight under.

West Australian Green mixed three front-nine birdies with three bogeys in her round.

“I felt like I putted really well again..made some good momentum putts, but also leaked a couple of shots and made some soft bogeys, but that happens at majors,” said Green.

“I am going to have to shoot a low one.”

However, Green said he could not be too rash on a course that has been firming after rain earlier in the tournament.

“I found like they’ve put a few tricky pins out there. You can’t really be too aggressive with the pins that they’ve put. If you go for it and it doesn’t work your way, you can easily make a bogey or a double.

“I think knowing when you can attack these pins and whether you have the right club. I had a lot of half shots the last couple of days, so it’s hard to commit on that.”