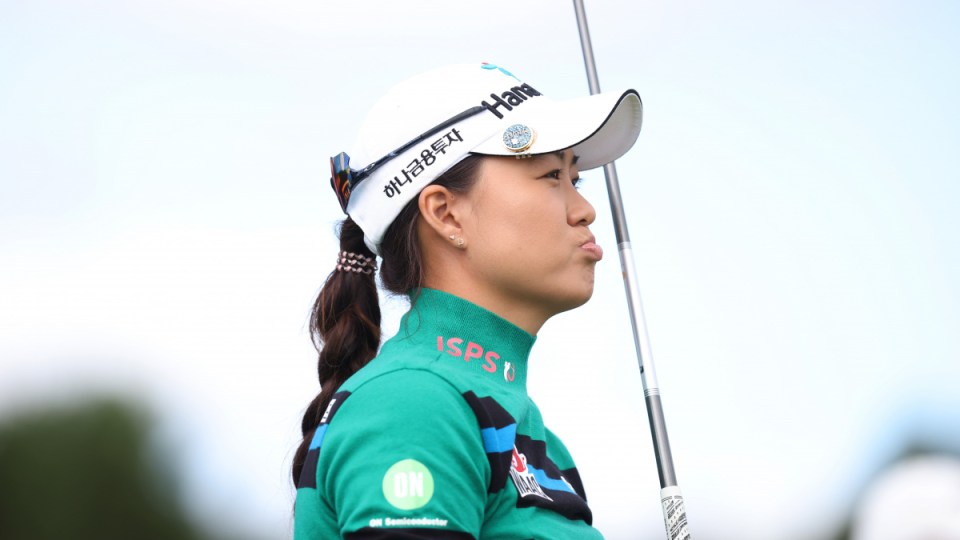 In a near-textbook display of focus, control and fairway strategy, Australian golfer Minjee Lee has surged to the share the lead in the US Women’s Open in North Carolina.

In a breathtaking display, the in-form star fired a five-under-par 66 to make up three shots on first-round frontrunner Mina Harigae (69) and share the halfway lead with the American.

Lee and Harigae are each nine under for the championship, holding a two-stroke buffer over Korean Hye-Jin Choi (64) and Sweden’s three-time major winner Anna Nordqvist (68).

Chasing a second major in 11 months and second LPGA Tour victory in three starts, Lee collected another six birdies on Friday and had a chance to tie the low 36-hole total at a Women’s US Open.

But the 26-year-old world No.4 left her eight-metre birdie putt short on the last hole at Pine Needles Golf and Country Club.

A flock of birdies

Lee had only one blemish in her round, dropping a shot on the par-4 14th but bounced straight back with successive birdies on 15 and 16 to be firmly in the mix for the record-setting $US1.8 million ($A2.5 million) winner’s cheque.

“Same as yesterday – my putting was really solid again. Even when I was tough spots I still managed to get up and down,” Lee said.

“I just tried to take advantage of my birdie opportunities and that’s pretty much what I did today.”

Total prize money on offer this week is a staggering $US10 million ($A13.7 million), the biggest purse in women’s golf history.

Lee said it was vital not to get ahead of herself over the weekend.

“I don’t know how the conditions are going to change but just take whatever’s in front of me and take one step at a time because this golf course can really catch up to you quick,” she said.

Lee is not the only big name in the hunt.

World No.1 Jin Young Ko (67) charged to six under with four birdies and an eagle to be trailing the co-leaders by three shots in a tie for fifth with Swedish amateur sensation Ingrid Lindblad (71).

Lee’s countrywoman Hannah Lee isn’t out of it either after posting an even-par 71 to stay at one under.

Grace Kim (72) is three over, but fellow Australians Sarah Kemp (70, four over) Gabi Ruffels (75, seven over) missed the cut.