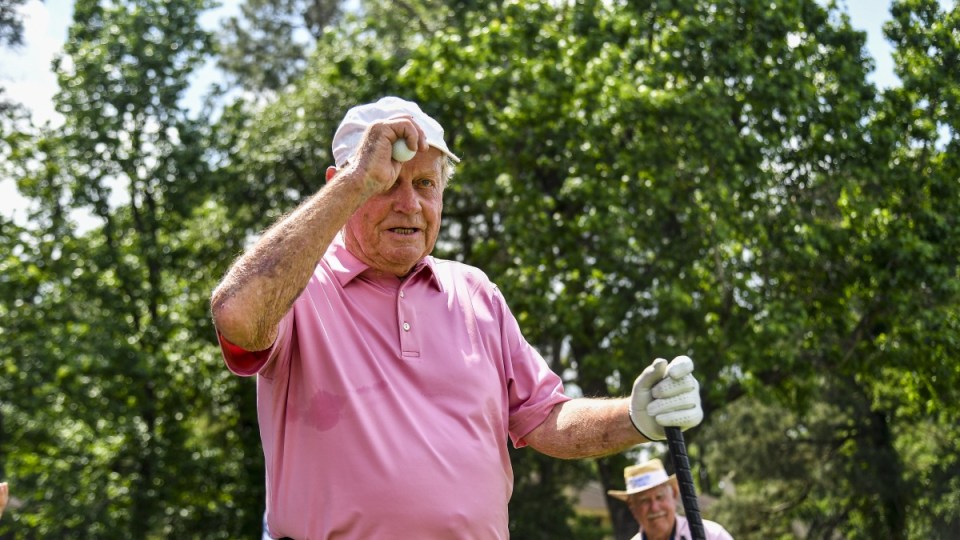 Golf legend Jack Nicklaus rejected a $100m offer to be the public face of the Saudi golf series. Photo: Getty

Australia’s Greg Norman was not the first choice to be the front man of the LIV Golf Invitational Series, they pursued and preferred Jack Nicklaus, according to the 73-time PGA Tour winner.

“I was offered something in excess of $US100 million ($144 million) by the Saudis, to do the job probably similar to the one that Greg is doing,” Nicklaus said in a story with Fire Pit Collective.

“I turned it down. Once verbally, once in writing. I said, ‘Guys, I have to stay with the PGA Tour. I helped start the PGA Tour.'”

Saudi Arabian organisers launched the new circuit and plan to hold the inaugural event at Centurion Club outside London from June 9-11. There will also be five tournaments in the US and a team matchplay finale at Trump Doral in Miami in October.

Norman caused a storm last week after brushing off the killing of Washington Post columnist Jamal Khashoggi as a “mistake”.

Khashoggi, who had written critically about Saudi Crown Prince Mohammed bin Salman, went into the Saudi consulate in Istanbul in October 2018 to collect documents required for him to marry his Turkish fiancee, Hatice Cengiz, and never came out.

Turkish officials said Khashoggi was killed and dismembered with a bone saw inside the consulate by a team of Saudi agents.

The group included individuals who worked for the crown prince’s office. His remains have never been found.

Western intelligence agencies and the US Congress said an operation of such magnitude could not have happened without the knowledge of the crown prince.

“Look, we’ve all made mistakes and you just want to learn by those mistakes and how you can correct them going forward,” 67-year-old Norman said last week at an event to promote his tournaments.

Elsewhere, the PGA Tour has denied requests from players, including Phil Mickelson, who asked to participate in the first tournament in the Saudi-organised series in London.

Players must request clearance to play in the second LIV event by Tuesday.

An unauthorised Mickelson biography, being released this week detailing his alleged gambling losses and comments about the Tour and other golfers, is also drawing media attention.

Mickelson’s public image took a hit when the author of the biography said the golfer told him he was willing to look past Saudi Arabia’s human rights record to gain leverage with the PGA Tour.

Mickelson later apologised for the comments, which he claimed were off the record, and then said he planned to take time away from the sport.

He did not play in the Masters and withdrew from the PGA Championship this week, despite being the defending champion. He last played in an event in January.

“The world is a very forgiving place. But he’s the one – he has to decide where he wants to play and what he wants to do.”