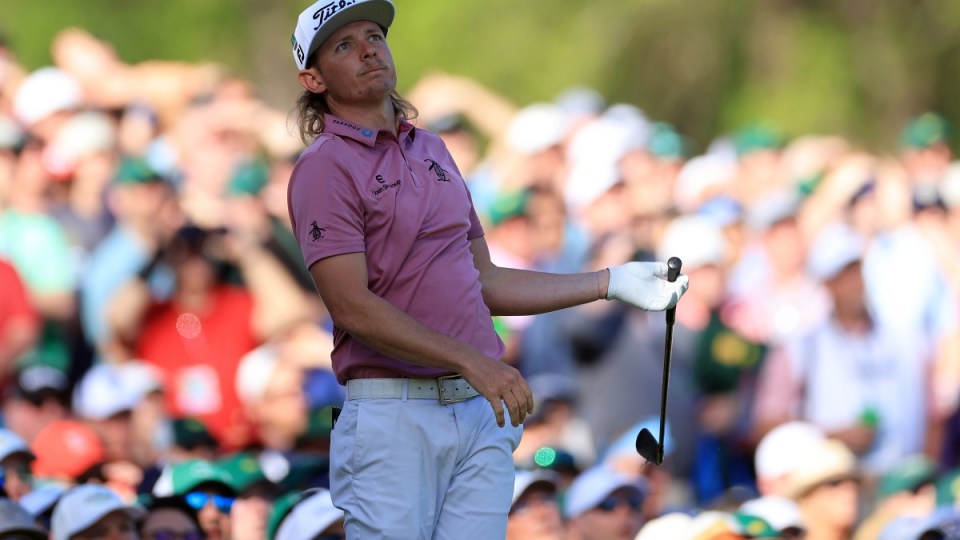 Smith settled for equal third spot behind triumphant world No.1 Scottie Scheffler and a roaring Rory McIlroy, after closing with a luckless one-over-par 73.

The Australian must be wondering what might have been.

After slashing Scheffler’s overnight lead to just one stroke with two superb birdies to open the final round, Smith’s Masters dream began to slip away in an extraordinary twist on the third hole.

After driving into the trees left, Scheffler was given relief from an interfering scoreboard, his second favourable drop in four holes after escaping with a miracle bogey up the last on Saturday.

Scheffler left his ensuing pitch shot short and watched his ball tumble back down the hill.

Staring a bogey in the face as Smith threatened to seize the lead, the Texan instead chipped in for a most improbable birdie.

After also leaving his approach short, Smith was unable to save par from the same position as Scheffler’s hole-out, suddenly leaving the Queenslander three shots behind again.

Another bogey on the par-3 fourth hole, after taking an aggressive line off the tee and finding the bunker, had Smith trailing by four shots.

Both players birdied the seventh as Scheffler moved to 11 under and assumed control.

Runner-up to Dustin Johnson in the rescheduled November Masters in 2020, Smith seemed set for at least another second after making a brilliant birdie on the par-4 11th, one of Augusta’s most demanding holes.

Instead the 28-year-old’s tee shot into the water and racked up a heartbreaking triple-bogey six on the 12th hole as Amen Corner claimed yet another victim.

Smith rebounded gamely with successive birdies on 15 and 16 to secure a third top-five finish at the season’s first and most magical major.

Lee eagled the par-5 second, then reeled off four straight birdies to surge to reach the turn in 30 shots.

At two under, the 23-year-old was briefly holding down fourth spot before eventually signing for a two-under round of 70.

A two-over 72-hole total left the younger brother of major-winning LPGA Tour star Minjee Lee in a tie for 14th alongside the likes of defending champion Hideki Matsuyama and former world No.1 Lee Westwood.

‘We must act’, emotional Biden pleads – as toll rises in Texas shooting
Tiger Woods’ Masters comeback stumbles a little, but he stays in the hunt
Today's Stories