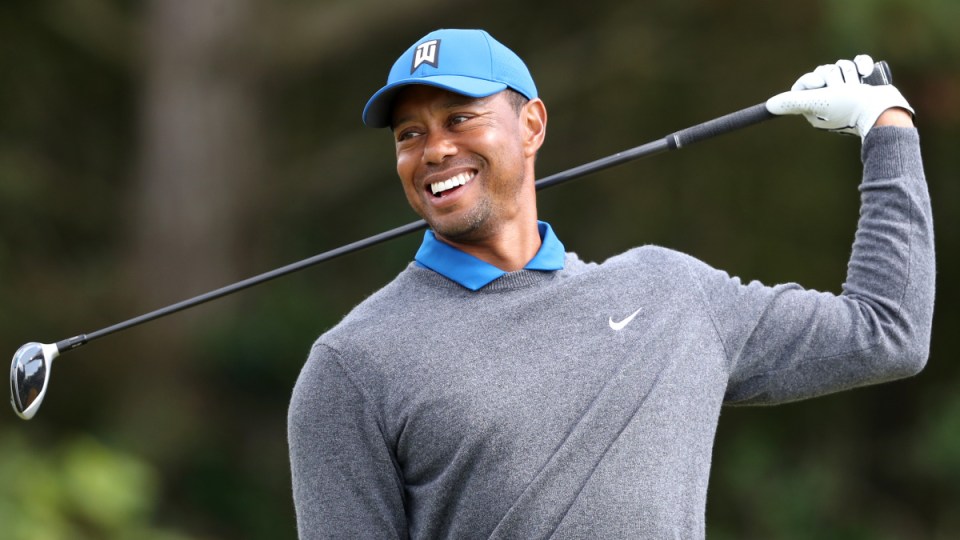 Tiger Woods will make a "game-time" call over whether to make his eagerly-awaited Masters return. Photo: PA

Tiger Woods has ruled out a full-time return to professional golf but says he is still intent on playing tour events as he continues his recovery from a life-threatening car accident.

Woods spoke of his progress and remaining ambitions in the sport, one week after posting a short clip on his official Twitter account showing him hitting balls on a practice range.

The 45-year-old required surgery on open fractures to his lower right leg and further injuries to his foot and ankle after the single-vehicle accident in February, and said at one point he feared that his leg could be amputated.

Woods had completed a remarkable recovery from back surgery to win his 15th major title at the Masters in 2019 but effectively dismissed the possibility of a repeat, telling Golf Digest: “I don’t have to compete and play against the best players in the world to have a great life.

“After my back fusion, I had to climb Mount Everest one more time. I had to do it, and I did.

“This time around, I don’t think I’ll have the body to climb Mount Everest and that’s OK.

“I can still participate in the game of golf. I can still, if my leg gets OK, click off a tournament here or there.

“But as far as climbing the mountain again and getting all the way to the top, I don’t think that’s a realistic expectation of me.

“I think something that is realistic is playing the tour one day – never full-time, ever again … Pick and choose a few events a year and play around that.”

Woods, who was found to be travelling at almost twice the legal speed limit when he crashed, was hospitalised for weeks before returning to his home in Florida, where he continues to undergo extensive rehabilitation.

“It’s been a hell of a road, it’s been a long one and a sore one but I’m making some really positive strides,” Woods said.

“I’ve had some really tough days and some setbacks here and there, but overall everything is progressing nicely.”

Referring to his fears that his injuries were so severe he could lose his leg, Woods said: “I wouldn’t say it was 50-50, but it was damn near there if I was going to walk out of that hospital with one leg.”

Woods is scheduled to hold his first press conference since the accident at the Hero World Challenge event in Albany in the Bahamas on Tuesday (local time).

However, he cautioned against his return to public life being construed as a signal that he is nearing the start of his latest comeback attempt.