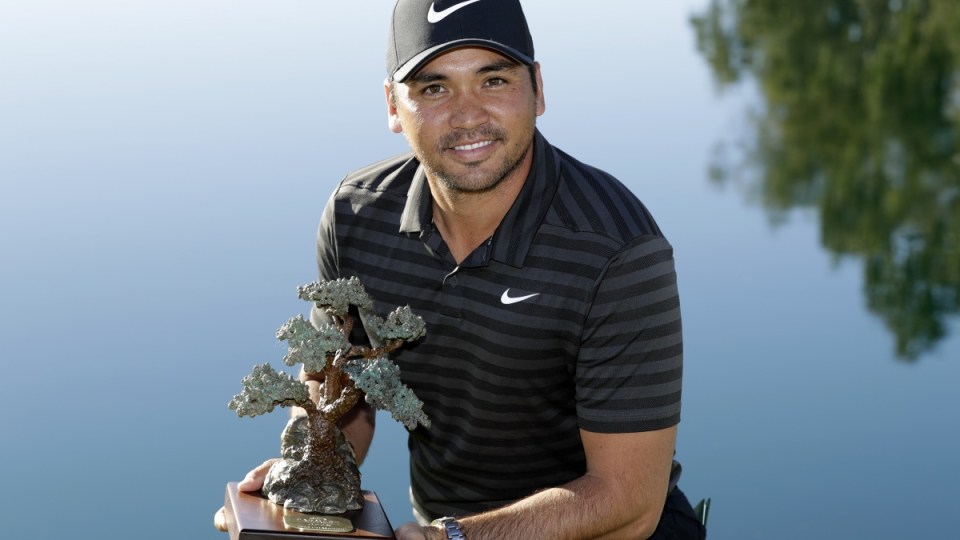 Jason Day has broken an almost two-year PGA Tour drought with a play-off victory at the Farmers Insurance Open in California. Photo: AAP

Jason Day has broken his 20-month winless drought on the US PGA Tour, claiming the Farmers Insurance Open at Torrey Pines in a sudden-death play-off over Alex Noren.

Requiring a sixth extra hole on Monday morning, Day laid up on the par-5 18th and after a sublime wedge shot made a tap-in birdie while Swedish world No.19 Noren suffered a bogey after rinsing his second shot in the hazard.

The victory is Day’s 11th on the PGA Tour and second at Torrey Pines after also winning a play-off at the 2015 event.

“I know that last year wasn’t the greatest season for me and I had a lot of stuff going on off course.

“It was a little distracting with my mother obviously having cancer. It’s special because I worked very hard in the off-season to try to get back to this position.
“I was up all night last night just thinking about getting the next win, number 11, and you know I’m really happy. I had my best mate on the bag and it was a nice way to go.”

With five extra holes not enough to throw up a winner on Sunday, the Australian former world No.1 faced a nervous overnight wait and admitted he didn’t get much sleep.

Day was the best performer in regulation, closing the final round with a two-under-par 70 to get in the clubhouse at 10 under before world No.19 and overnight leader Noren (73) and Palmer (72) joined him.

Next best of the Australians was Marc Leishman, who fell to six-under after a 73 but salvaged a tie for eighth.

Brisbane native Cameron Smith finished tied 20th at four-under courtesy of a closing 72, while Australian Open winner Cameron Davis plummeted down the leaderboard with an 80 to sit at three-over.

Tiger Woods made an even-par 72 to finish at three-under in his US PGA Tour comeback, and the 14-time major winner tied for 23rd.