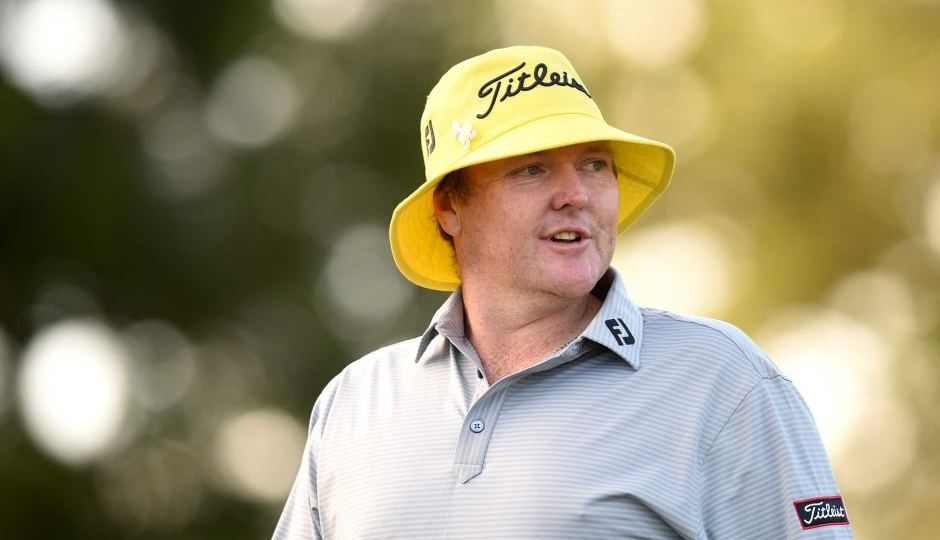 Jarrod Lyle, pictured here at the Australian Open in 2016, is daring to dream of a return to golf. Photo: AAP

Resting in an apartment near his Melbourne hospital in the midst of a third battle with acute myeloid leukaemia, Jarrod Lyle doesn’t shy away from describing the reality of his situation.

“This is my last chance,” he says, shortly after swallowing down the last of his morning dose of 10 or so tablets.

In July last year, the 36-year-old golfing professional discovered the acute myeloid leukaemia he had twice overcome had returned.

But Lyle has been buoyed this week by positive news, which has him to daring to dream of what once might have been considered a most unlikely golfing return.

“I would love to play one more event. Wherever that is, whoever it is for, I don’t know, but there is still a lot of things I need to cross off before I can make that happen,” he said.

Got the best news today since finding out Briony was pregnant both times. I found out that the transplant I had has grafted 100%. Another big step forward in my journey back to a normal life again. #happylylefamily

Lyle is currently recovering after multiple rounds of chemotherapy and a stem-cell transplant from his brother Lleyton, which is showing promising signs.

“I had some tests done a week ago and found out my bone marrow tests have come back clear,” he said.

“I am now 100 per cent donor, so after 30 days that is exactly what they [the doctors] want, so they are two pretty big steps in the right direction.”

The former PGA Tour player says his main goal of getting healthy again is starting to take shape.

“Obviously the best outcome for me is to get back to leading a normal life,” he said.

“If I am a father and I am a husband, then I am a happy man.

“Whether that involves golf in the future, I am not 100 per cent sure.

“It depends on how the body recovers, but the main thing is I can get back to doing the most important things.”

While being the first to admit it’s a long way off, Lyle says the thought of possibly playing golf once more is starting to creep into his mind.

“It is, a little bit, every now and then. It just depends on how well my body recovers,” he said.

“It’s been hit harder than it ever has before. I said it in 2012, that if I never played golf again, I could walk away and be happy.

“I think now, that statement has never been more relevant.”

The Victorian earnt his Australasian playing card in 2004 and eventually graduated to the United States, where he matched it with the world’s best.

Lyle spent four years on the PGA Tour and recorded his best finish in 2012, when he tied for fourth at the Northern Trust Open.

He shot the same score as last year’s US Masters winner Sergio Garcia.

One of his most memorable moments included a hole-in-one at the legendary 16th hole at TPC Scottsdale Arizona during the Phoenix Open, otherwise known as the “party hole”.

His celebration was befitting.

Lyle says that experience will feature in a book that he’s been working on, that’s got a far greater purpose than simply being a look back at his golfing career.

“It will be more about my life and the things that I have had to deal with. I think it will help other people who are dealing with similar problems, so that some can look at it and read things from a patient to patient, or from patient to family member perspective,” he said.

As he sets himself towards his next goal of building strength, Lyle says the comments he’s been getting on social media help spur him on.

“I feel like I have some of the best fans in the world who want to see me get through to the other side, not just as a golfer but as a person as well,” he said.

“Every day you wake up and you just feel so lucky to have so much support.”

‘This is my last chance’: Lyle dreams of golfing return after third battle with leukaemia