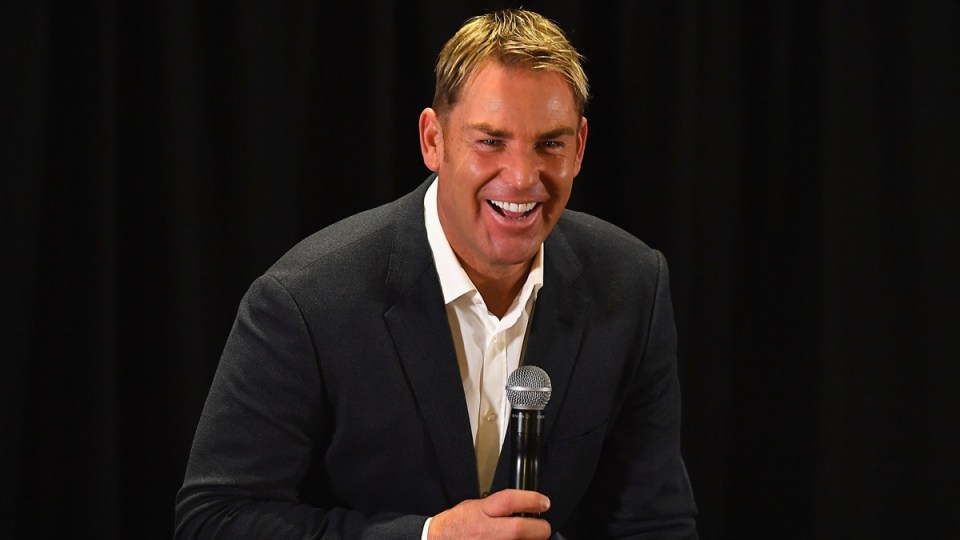 The Aussie is playing in the Alfred Dunhill Links event in Scotland, that teams up golf stars with amateurs or celebrities.

Warne is playing with New Zealand professional Ryan Fox in this event and carded a three-over 75 at the iconic course – a brilliant score for a non-professional.

He hit seven net birdies in his round and as a result, he and Fox sit at the top of the leaderboard after round one.

Warne, who shot better than 20 professionals on day one, said he was “very, very happy” with his effort.

What an amazing day at the #oldcourse !! Well played to my awesome pro @ryanfoxgolfer & great… https://t.co/vsPn0moMAh

And Fox was quick to praise the Aussie for his sizzling form.

“The hole I bogeyed he made a net birdie anyway. He took advantage of short holes and made a couple of clutch putts and we combined well as a team.

“It was a lot of fun out there today.”

Warne, who took 708 Test wickets in an outstanding cricket career, said he was not getting carried away with his superb form.

“I could shoot 175 tomorrow. It was just one of those days where I played okay,” he said.

“Ryan made five birdies and a bogey, and his bogey, I made birdie and then eagle. That sort of us helped really well.

“We played well together. It was great fun out there. To watch Ryan play today, it was just outstanding.

Tied at the top of the @dunhilllinks team leaderboard, @ShaneWarne is now focused on the upcoming challenge of @carnoustiegolf. pic.twitter.com/8nVsEqSHM2

“Those first seven holes today when we played – it was so windy. He was just outstanding. It was great to watch.

“We finished 11 under and he shot four under so yeah, very, very happy. It was a great day.”

Warne said that he traditionally struggled on day two at the event, to be played at a different Scottish course, Carnoustie.

“Generally goes okay at St Andrews here, than at Carnoustie the next day, is where it all falls apart for me. I generally have about 150 and not that great,” he said.

He hoped a good night of sleep would help him hit form at Carnoustie, suggesting the celebrations would be minimal.

“I think a couple of quiet ones [drinks], just to say well done today to Ryan, then bath, bowl of pasta, bed, early night, get ready for tomorrow,” he said.