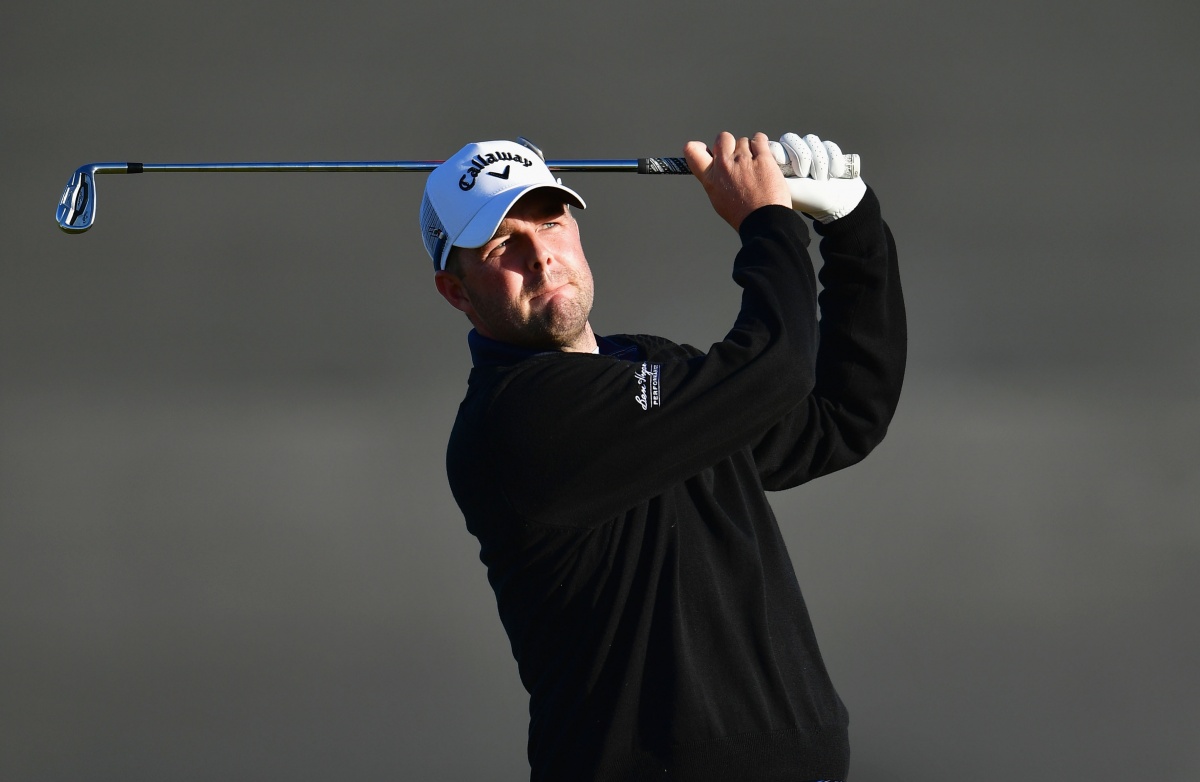 Adam Scott plans on contending yet again for an elusive Claret Jug after eking out a dogged first-round, two-under-par 69 to emerge once more as Australia’s brightest British Open hope.

Clutch under pressure, Scott produced a series of scrambling par saves to complement birdies at the ninth, 16th and 17th holes, where he buried a 30-footer to ignite his otherwise scrappy round.

Jason Day shot a two-over-par 73 as Australia’s early starters struggled to stay in touch with the pacesetters during the first round of the British Open at Royal Troon.

As Day finished his opening round seven shots off the clubhouse lead, less-fancied countryman Matt Jones made a storming start only to falter on the treacherous back nine.

Dismissed by British bookmakers as a 500-1 no-hoper, the reigning Australian Open champion peeled off birdies on the second, third, fourth, sixth and ninth holes to reach the turn in 31.

He made a brilliant up-and-down save on the 10th before dropping four strokes in two holes.

Jones had to hole out from off the green for his first double-bogey after hitting out of bounds and over the railway line off the tee on the brutal par-4 11th.

He then made another double on 12 to slip back to one-under after sharing the lead for a good hour.

After so many near misses at the Open, Scott admitted to being nervy and unable to calm down during his first half-dozen holes.

“It felt horrible out there for me. My rhythm was really poor and nothing was really on point,” Scott said.

“But I did well coming into actually hit a few better shots in the last four or five holes and, ironically, my only dropped shot came from a three-putt after hitting so many poor shots today.

“That’s what you’ve got to do on the days you’re not feeling good and I’m happy with my score after all of that.

“I just could have played my way out of it today.”

The 2013 Masters champion trails record-setting first-round leader Phil Mickelson by six strokes in his ongoing quest to finally get his hands on golf’s greatest prize.

Scott’s 27-under-par aggregate total over the past four years is six shots superior to anyone in the world – yet the former world No.1 has fallen agonisingly short on all four occasions.

Day quickly moved into red numbers with birdies on the third and sixth holes, but successive bogeys on eight and nine stalled the US PGA champion.

Rio Olympian Marcus Fraser posted the best score of Australia’s early risers, but was still gutted to have signed off for a one-over 72.

Fraser collapsed after going out in three-under 33.

“I played awful on the back nine – I pretty much had no idea what was going to come out,” he said.

“I’ve been pretty ordinary in practice this week and got my hopes up a little with my first nine holes and then it turned to absolute rubbish on the back nine.

“It’s just annoying because I thought I was starting to see some signs but all of a sudden it just went pear shaped.”

Leishman lamented two sloppy double-bogeys and a poor day on the greens, but was remaining upbeat.

“A good round tomorrow and you can make up a lot of ground,” he said.

Bowditch, who briefly led on moving day last year, is well on the way to missing the halfway cut for the eighth time in a dozen starts after racking up a nine on the brutal par-4 11th.