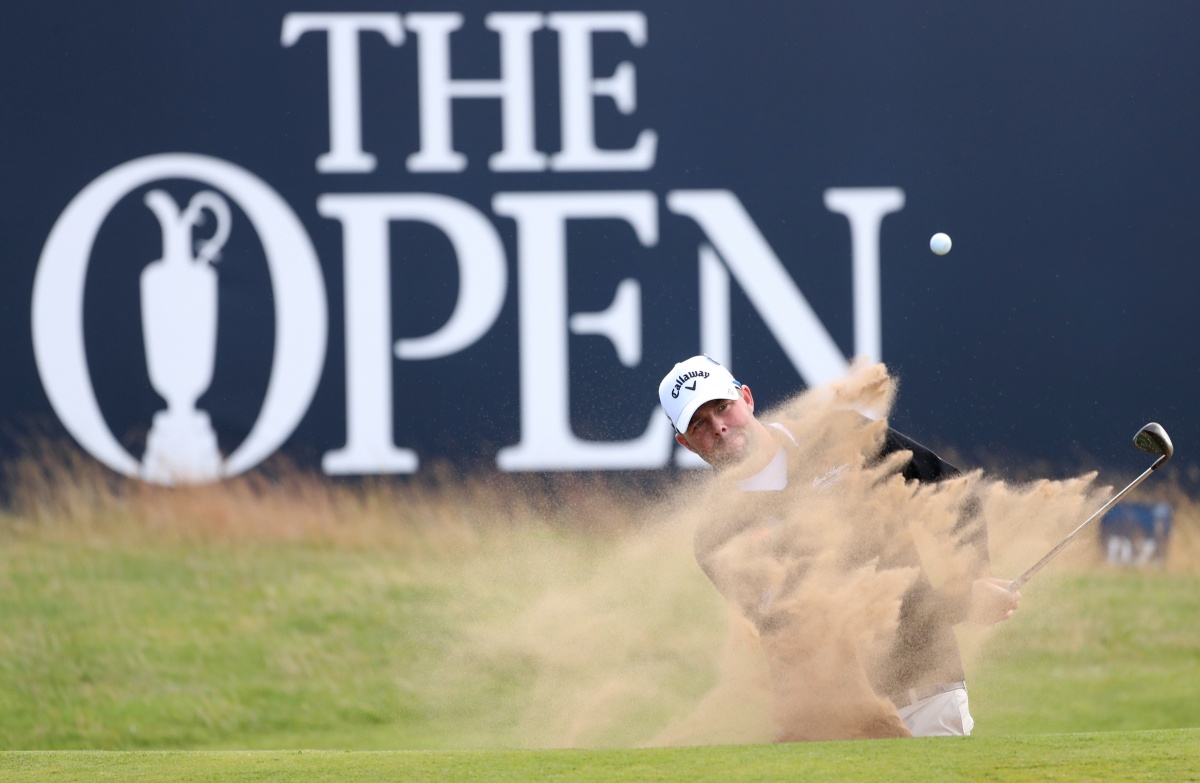 Members at the Warrnambool Golf Club in south-western Victoria are used to battling against shifting sea winds the year round.

The ocean-facing links course dishes up a thorough mental test for local golfers as they scramble to adjust their shot play for the wafts, gusts and squalls that pass through.

This week the winds at Warrnambool are tipped to exceed a chaotic 45 kilometres per hour and will blow from almost everywhere – the south, the east and even inland from the north-east.

Marc Leishman, the 45th-ranked golfer in the world, grew up playing on this course and claimed the club championship when he was only 13.

On Thursday, Warrnambool’s best golfer will tee off in the opening group of the British Open (3.35pm AEST), knowing that since 2014 he has been the best-performed Aussie in the world’s oldest major tournament.

The wind is Leishman’s friend

While changeable winds might be the bane of most golfers, Leishman seems to thrive when tempests blow others away on links courses.

Blistering final rounds have been a highlight of Leishman’s recent appearances at the British Open.

In 2014, he posted a final-round 65 to equal the course record for the renovated layout at Royal Liverpool. He tied for fifth in the tournament that year.

Last year at St Andrews, Leishman emerged from the clouds on the third day with an outstanding round of 64 – 8 under par.

He followed up with a 66 in the final round only to lose a playoff for the title to American Zach Johnson.

Royal Troon on the south-west coast of Scotland is the venue for this year’s Open and the wind is expected to blow across the course early on the first morning then shift to the north.

It is forecast to blow other ways on the second day.

According to Australian golfing great and 1987 British Open runner-up Rodger Davis, the secret to performing well on Scottish links courses is a pro’s ability to read, and adjust to, changing wind conditions.

Davis, who won 30 professional tournaments around the world in the 1980s and 1990s, including the 1986 Australian Open, says Leishman’s strong showings at British Opens might be attributed to the time he spent plying his game on the blustery Warrnambool links.

“In 1985 I won the Victorian PGA title at the Warrnambool course – it’s a tough little links course there’s no doubt about that,” Davis told The New Daily.

“Having grown up playing that Warrnambool layout, it probably explains why Marc does so well on the British links courses.”

Davis says Leishman has a solid all-round game and is building a reputation for bringing his best golf to the majors.

“He doesn’t seem to have a weakness,” Davis observed.

“Guys who are consistent like Marc tend to do well in majors because they get into the habit of bringing their best game.”

Day’s chances are good too

While Davis is expecting something special from Leishman again, he still believes that this year’s battle for the Claret Jug will likely come down to a four-way contest between the world’s top-ranked players.

World number four Rory McIlroy has struggled on the US tour this year, but Davis believes his deep experience on British links courses should give him an advantage over the other top players in the field.

Whether it will be enough to get him over the line remains to be seen because the world’s second-ranked player, Dustin Johnson, is in the form of his life after winning the US Open last month.

“Dustin Johnson hits the ball low off the tee and that will help him deal with tricky wind conditions,” Davis said.

However, Davis still thinks Australia’s world number one Jason Day will be in line to carry home the Jug if he brings his A-game.

“Everyone talks about Jason’s marvellous putting but they often forget how good his game is around the greens as well,” he said.

“He is a great chipper and for that reason I wouldn’t count him out of any Open championship no matter where it is played.”

The British Open tees off on Thursday. Local viewers can follow the live action on Fox Sports or at the tournament’s official website.

The Australian tipped to challenge at the Open