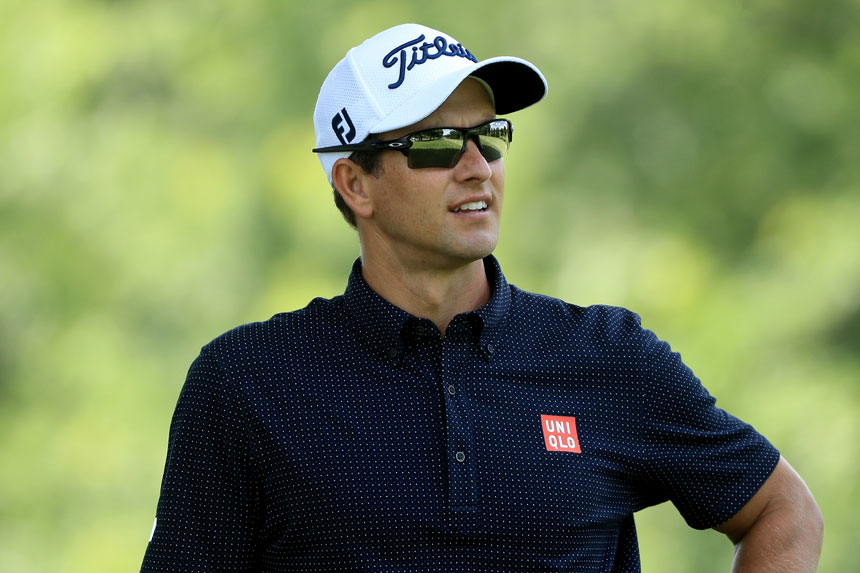 Former world No.1 Adam Scott has called on Olympic golf to be for amateurs if powerbrokers are serious about growing the game globally.

Scott, who has long been outspoken about the sport’s return to the Olympic family, says the current format should change if those in charge are fair dinkum about their motives.

While aware the long list of pullouts from the event in Rio is mainly due to Zika virus concerns, Scott still insists changes from the 60-man, 72-hole stroke play format need to be made.

“I’ve spent a lot of time thinking about it and listening to what all the other guys have said and I think the IGF and the IOC need to think about what they do for the next one because it’s obviously not gone the way they’ve planned it. They should think about that and how professional golf fits in the Olympic system,” Scott said.

“Looking at the big picture and long-term, not just initial impact, I believe putting the amateurs in would be a better result for growing the game if that’s the point of our sport being in the Olympics.

“I’d make an argument that having the amateurs in the Olympics would grow the game the most, not us. I don’t know if that’ll ever happen or not, but I think it would be a real positive for the game of golf.”

Scott argues that professional golfers are already playing on grand stages week in and week out and have the four majors plus multiple world golf championships and prestigious tournaments to peek for.

As such, the carrot of an Olympic gold is not as desirable as it would be for a volleyball, table tennis or handball player or even a swimmer or track and field star who train their whole lives for a shot at Olympic glory and a potential sponsorship windfall after success.

With the influx of exceptional young amateur talent growing each year in the golf world, Scott argues an Olympic incentive would boost participation numbers across the globe.

“If I think back to when I was 16 or 17 years old and a promising golfer, making the Olympics would be something that I’d want to do very much and also be a very big deal, not only to me, but to my country,” Scott said.

“Generally, trying to get people involved in the game of golf, the stats show that if they get involved early, more people stick with the game, and I think having a young golfer aspire to be an Olympian is more realistic as an amateur than a professional.”

With officials set to vote in 2017 on whether golf remains in the games past 2020 in Tokyo, Scott implored them to consider changes to the format, suggesting that bringing in a team event might be the way to go.

While not committing himself to being available in four years time, Scott said such changes might sway his thinking.

“Just having another 72-hole golf tournament with a weaker-than-most field doesn’t really pique my interest and make me prioritise that,” Scott said.

Olympic golf should be for amateurs: Scott