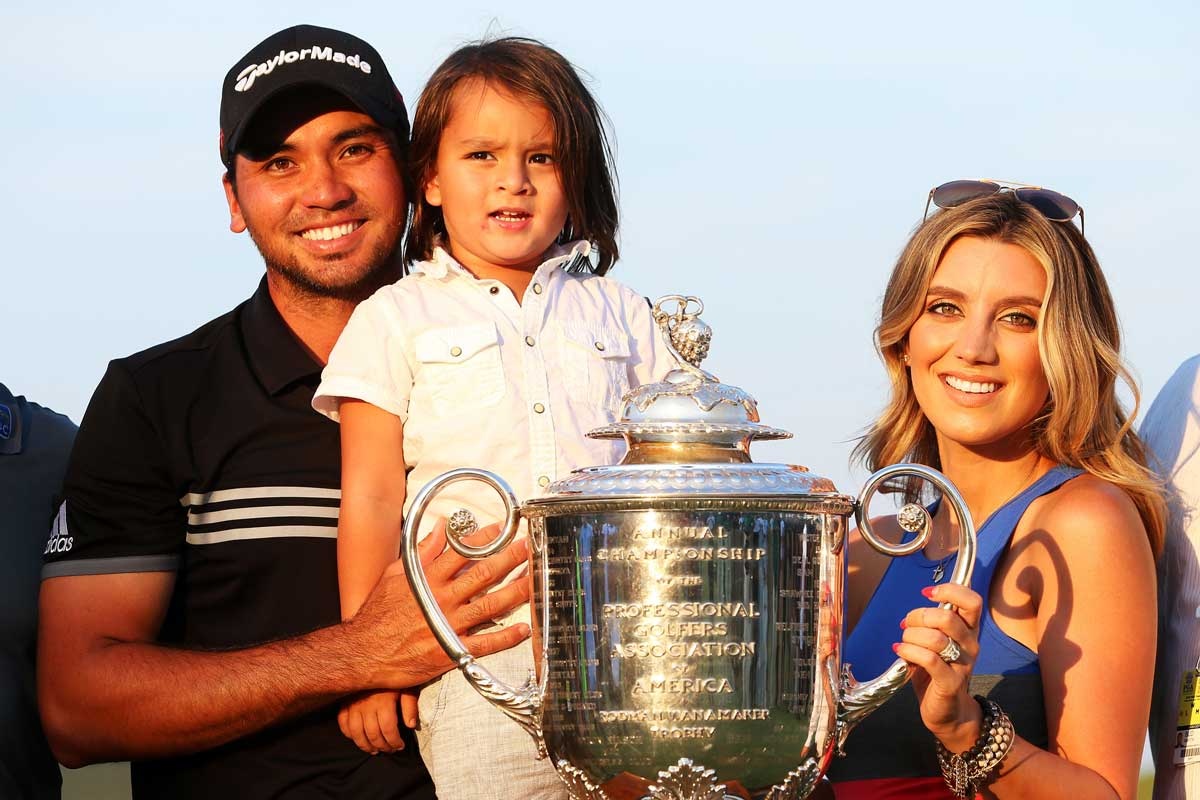 He now dominates his sport like no other Australian athlete.

Jason Day, the 28-year-old from Beaudesert in Queensland, is the best golfer in the world.

And, incredibly, he has won seven of the last 18 events he has competed in – almost unheard of in the competitive world of golf.

Yet locals seem to know more about the trials of faltering wannabes like Bernard Tomic and Nick Kyrgios than they do about Day.

That probably reflects the broader public appeal of sports such as tennis and the media’s zest for negative narratives when there are fewer international conquests to gloat over.

Australia is currently enduring one of its more sobering eras in world competition, particularly in individual men’s sports.

Maybe it’s down to golf’s decline in the past decade as a spectator sport.

Perhaps the unrealised aspirations that Aussie sports fans projected upon Greg Norman a few decades ago shattered their shared hopes for the sport?

There is no doubt that the mania that marketers generated around Norman at the peak of his career is conspicuously absent in recent coverage of Day’s achievements.

It’s time we start paying Day the respect he deserves, though.

The fascination for him runs much deeper in the United States, where many journalists are already likening his domination of world golf in the past 12 months with the stalled record of Tiger Woods.

And while it is certainly too early in Day’s career to put him on the same plane as 14-time major winner Woods, there is evidence to suggest that the Aussie’s rate of achievement in the four majors has him set for a long and glittering career at the top of world golf.

Day only won his first major at the US PGA Championship last year but it is his consistency at the majors that indicate he is at least on track to test Peter Thomson’s Australian record.

Thomson, who only ever triumphed at the British Open, won five majors in his playing career.

Day might even go past Karrie Webb, who owns seven major titles in the women’s game.

That’s because his record looks so good when set against a key historical benchmark of the world’s most successful golfers since 1950. What they all have in common is a high percentage of top-10 finishes at majors.

Consistently good performance over time in the majors is a surefire guide to suggest a player is likely to win multiple titles.

Ben Hogan, the American champion of the 1950s, trumps all-comers on this measure.

His record is truly staggering.

As you’d expect, Woods is a standout performer in the modern era.

And right alongside him is Day.

Jack Nicklaus, who holds the record for major titles with 18 wins, once said that all he aimed to achieve on golf’s biggest stage was “to put myself in a position to win”.

It was something he did more than any other player, with 73 top-10 placings from 164 appearances.

Nicklaus was also runner-up in 19 majors – 11 more times than Norman achieved the feat.

So, the real difference between Norman and Nicklaus was not necessarily that the former was more likely to choke at critical moments, but that he had a lower top-10 strike rate of around 33 per cent.

In other words, Norman was a less consistent performer in majors and created fewer opportunities to win tournaments than Woods and Nicklaus.

Since making his debut at the 2010 British Open, Day has finished in the top 10 in every second major he has played.

It’s a tremendous strike rate, unmatched by any of his current rivals.

This benchmark suggests that Australia’s other top-ranked golfer, world No.8 Adam Scott, is less likely than Day to win multiple major events.

Scott has played in 60 majors and been in the top 10 on 15 occasions, giving him a respectable – though not elite – strike rate of 25 per cent.

So what can we conclude?

That barring serious injury, Day is on a performance trajectory that should see him become the best Aussie golfer of all time.

And that major number two could feasibly come on Monday morning.

This is why Jason Day is headed for greatness