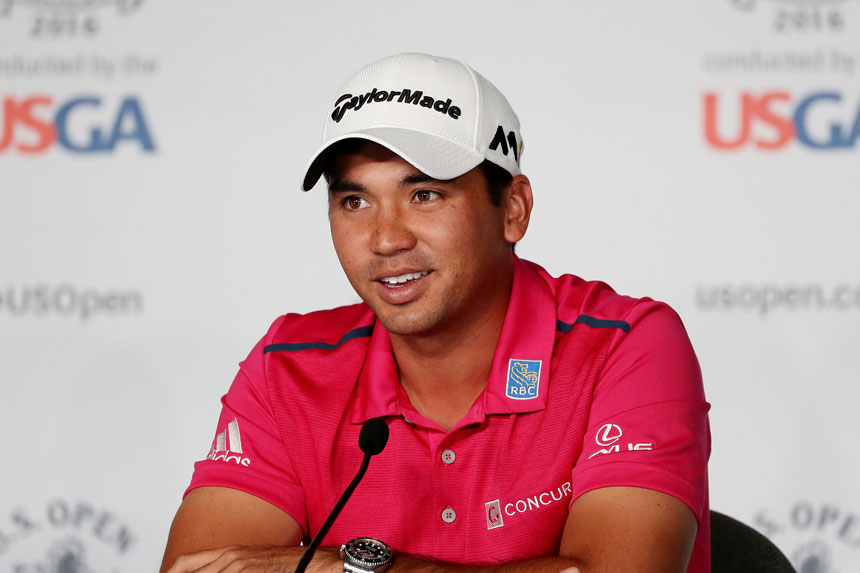 On the eve of the US Open world No.1 Jason Day has revealed how he planned to walk away from the game on top if he ever reached golf’s summit.

Five years ago Day was sitting in his campervan at the US Open at Congressional Country Club just outside Washington DC where he admitted to a closed circle his intentions.

Having overcome the desire to quit the game earlier that year after a runner-up finish on debut at the Masters, Day’s compromise was he would forge his way to the top, and then walk away in his prime.

• ‘Keep it up’: Russian MP praises hooligans
• Brazil out of Copa due to ‘Hand of God’
• Daley will be NSW coach next year: Farah

Thankfully, he has since changed his tune.

“It’s amazing to think I said that but at the time I felt so stressed out that I really felt if I ever got to number one I would be done,” Day told AAP.

“I would have climbed the mountain and then I could finally relax and walk away content.

“But I don’t think that way any more. I’m driven to win tournaments just because 10 tournaments that I’ve won is not enough. I need to win more.

“Now I enjoy the stress. It’s a different stress. But I love being here.

“Now it is all about trying to stay at No.1 for as long as I possibly can.

“I don’t like to use the word legacy because it sounds a bit like I’m full of myself but I am trying to see how far I can take myself, how far I can push being the best in the world.”

Day, at 28, is the favourite at Oakmont Country Club this week. In five US Open appearances he has four top 10 finishes, including two runner-ups.

But this time around Day enters as a major champion having cracked his glass ceiling with a record victory in last year’s PGA Championship.

He’s won seven of his past 18 events and while other players are already complaining about the brutal nature of Oakmont, Day is licking his lips.

“This is one tournament that is very stressful and I feel like I thrive under stress,” Day said.

“I’ve never been more stressed in my life than right now. It’s just because being No.1 in the world, having a lot of expectations on you, having to practice so hard to keep that No.1 spot, trying to win as many tournaments as I can puts a lot of stress and pressure on your shoulders.

“It’s good pressure to have. I’d much rather have that pressure than be at the end of the field and no one expecting you to win. That’s the kind of pressure that you’ve got to enjoy and love.

“You have to come in to major championships and your attitude has to be on point. If you’re going to have a bad attitude, you may as well not even tee it up that week because you probably won’t play good anyways.”

Jason Day: I planned to quit after reaching No.1