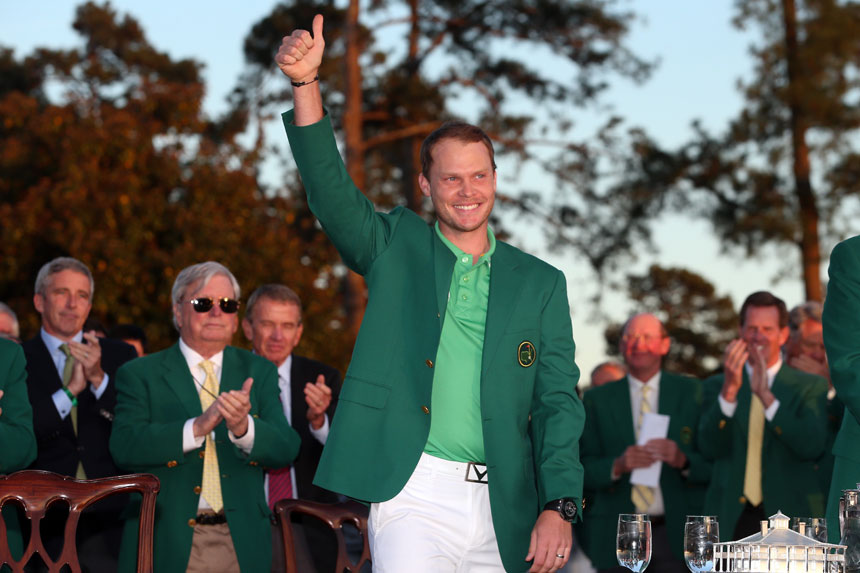 England’s Danny Willett has won the Masters after benefitting from a spectacular back nine collapse by defending champion Jordan Spieth.

Willett became just the second Englishman since Nick Faldo to claim a green jacket, thanks to a final round five-under-67 to be five-under 283 for the tournament for a three-shot win.

World No.2 Spieth led Willett by five strokes when he made the turn at Augusta National on Sunday, before a monumental implosion in which he dropped six shots in the opening three holes of the back nine.

After four straight birdies to close the front side, he made bogey on the 10th and again on the 11th, but it was an incredible quadruple bogey seven on the famous par-three 12th at Amen Corner that drowned his charge.

Two balls in the water and another into a bunker threw the doors wide open and Willett was the man to step up.

Not since Greg Norman’s epic collapse in 1996 and Rory McIlroy’s 2011 meltdown has the Masters been so gut-wrenching for a leader.

Willett won by three shots over Spieth (73) and countryman Lee Westwood (69) who finished at two-under.

Paul Casey (67), another Englishman, joined Americans JB Holmes (68) and Dustin Johnson (71) in fourth at one under.

World No.1 Jason Day shot 73 to finish at one over as the leading Australian in a tie for 10th.

Starting on the same score as Willett, Day was unable to muster a similar charge.

He opened with a routine par but then failed to birdie the very gettable par-five second hole when his approach fanned way right into the crowds.

A bogey on the fifth hurt his cause and while he made birdie on the par five eighth, a sloppy bogey on the 10th left him well off the lead pace.

A late birdie on 15 was cancelled by a final hole bogey.

Adam Scott, Australia’s only previous Masters winner, shot 76 in his final round to be 11 over for the week.

Cameron Smith closed out his first appearance at Augusta with a two-over-74 to finish at 15-over.