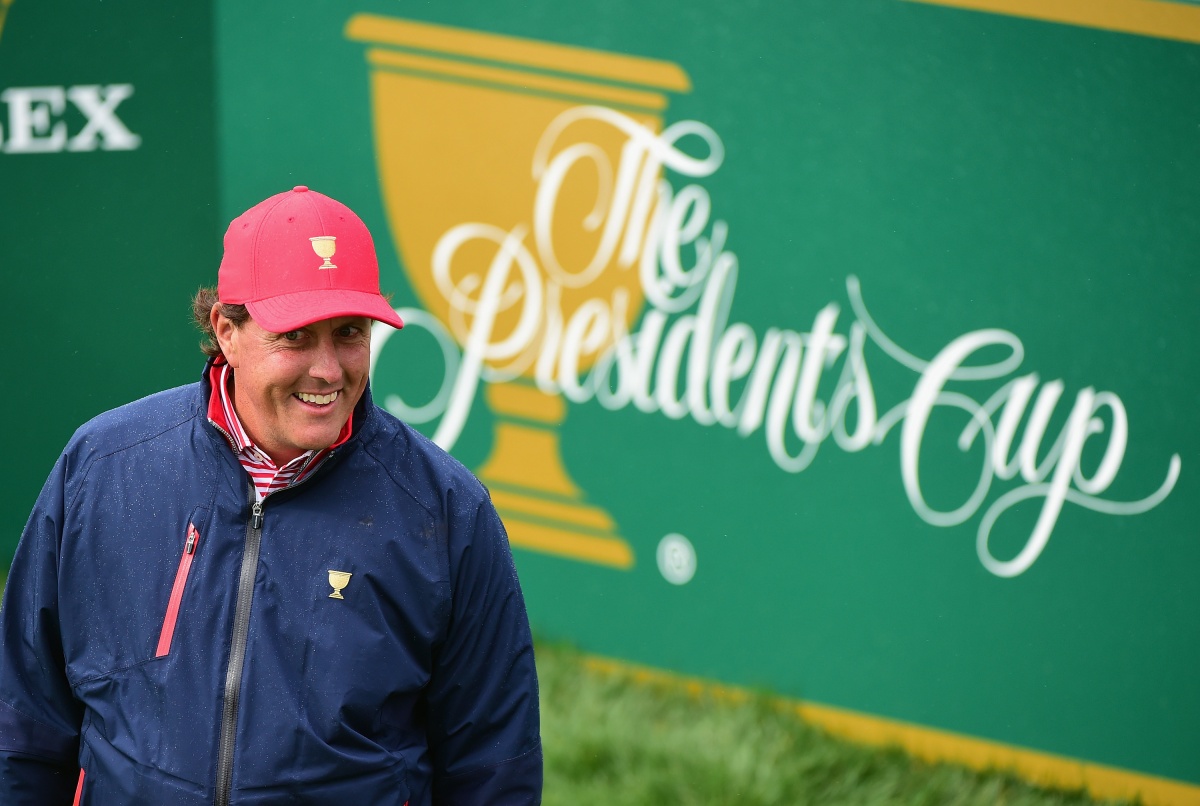 The United States on Sunday won their sixth Presidents Cup golf tournament in a row by edging out the International team 15.5-14.5 in a day of high drama and emotion.

Bill Haas brought tears to the eyes of his father, US captain Jay Haas, when he closed out the slender victory on the 18th hole of a nail-biting final singles match, beating hometown hero Bae Sang-Moon at the Jack Nicklaus Golf Club in Incheon, South Korea.

Fighting back his emotions, Haas senior said: “Yeah, I don’t know if I’m going to get through this. I can’t,” and then burst into tears, his voice breaking.

• Spieth pips Day for PGA’s player of the year gong

“Before Bill played 17, and I said, ‘Come on, Bill, win one for your mom here. Your mom deserves this’.”

It was heartbreak for Bae and the huge home galleries watching as he fluffed a chip from short of the green attempting to win the hole and square the match. That would have given the Internationals a 15-15 tie and a share of the cup for only the second time.

Haas was in the greenside sand but safely escaped to six feet and when Bae could not hole his fourth he conceded the match to the American.

It was a dramatic solution to a see-sawing day in which the US, leading 9.5-8.5 overnight, had at one point looked firmly in the driving seat before the Internationals fought back to share the singles 6-6.

#TeamUSA fans have a lot to cheer about today pic.twitter.com/WAeCdQyonJ

Australians Adam Scott, Steven Bowditch and Marc Leishman won their singles matches on Sunday, having all struggled in the four-balls and foursomes in the preceding three days.

The fourth Australian, world No.2 Jason Day, had a disappointing event and lost his singles match 3 and 2 to British Open champion Zach Johnson.

Leishman’s surprise 1-up victory against world No.1 Jordan Spieth on Sunday looked like it might be pivotal.

No fewer than seven of the 12 singles on a bitterly cold, windy and wet day went to the final hole as a succession of the world’s best players suffered huge upsets.

World No.1 Spieth was two up after two holes against Leishman. But the laid-back Aussie, who is ranked 36 places lower than the double 2015 Major champion, refused to be intimidated.

He squared the match at the 14th and when the under-pressure Spieth took an uncharacteristic seven at the par-five 15th after finding the water with his third shot, Leishman had the lead and showed nerves of steel to sink an eight-footer for birdie at the 18th for a colossal win.

Australia’s former world No.1 Scott had levelled the match at 9.5-9.5 when he bagged the first point of the day with a 6 and 5 hammering of Rickie Fowler, ranked five.

South African Branden Grace was four wins from four on the week and showed no sign of letting up in the singles.

The amazing Grace holed a monster 62-foot putt on the ninth to go five up on Matt Kuchar and when he closed it out on the 17th he joined elite company in winning five points on the week.