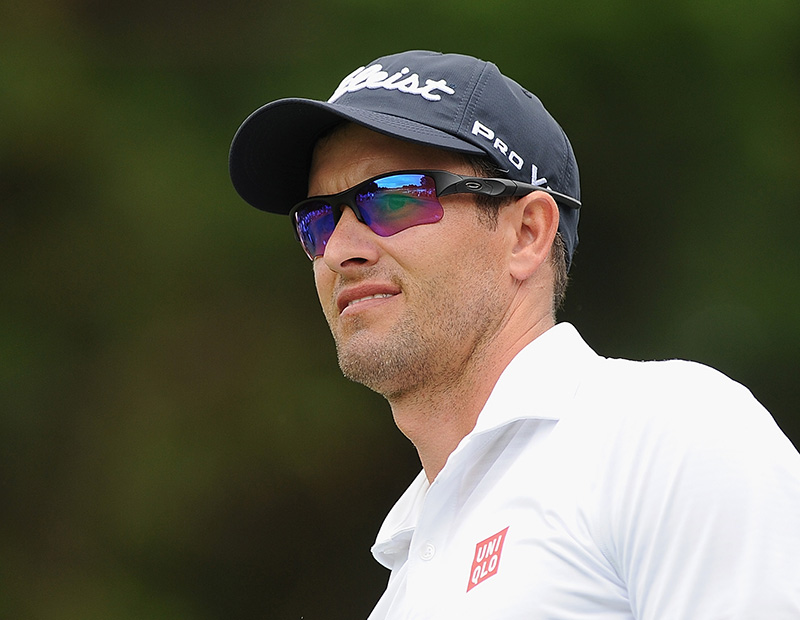 Adam Scott’s hopes of retaining the Australian PGA Championship are strong with the world No.3 tied for the lead going into Sunday’s final round.

Scott is level with South Australia’s Wade Ormsby and West Australia’s Scott Strange on 10-under after 54 holes following a tight day’s play at Royal Pines.

• Spieth came, he saw, he conquered
• Duo steal the show on day at the Masters

The 34-year-old made four birdies and one bogey in his three-under 69.

Strange had looked set to be the clubhouse leader but a bogey on the 17th forced him to settle for a one-under 71, while Ormsby drained a long birdie putt on the 18th to snatch a share of the lead.

Another West Australian, Jason Scrivener, backed up his second round 66 with a four-under 68 to be nine-under and firmly in contention going into the final day.

He’s joined on nine-under by American Boo Weekley (69) who kickstarted his day with a sensational chip for eagle on the par-five 12th.

Also on nine-under is overnight leader Wade Ormsby, who couldn’t stay at the top of the leaderboard, making three birdies and three bogeys in his even-par round.

New Zealander Michael Hendry (67) stormed to the top of the leaderboard earlier in the day as he made five birdies in seven holes.

The 35-year-old finished with a five-under 67 to be eight under for the tournament and alone in sixth place.

Scott laments his putter, but still poised to win