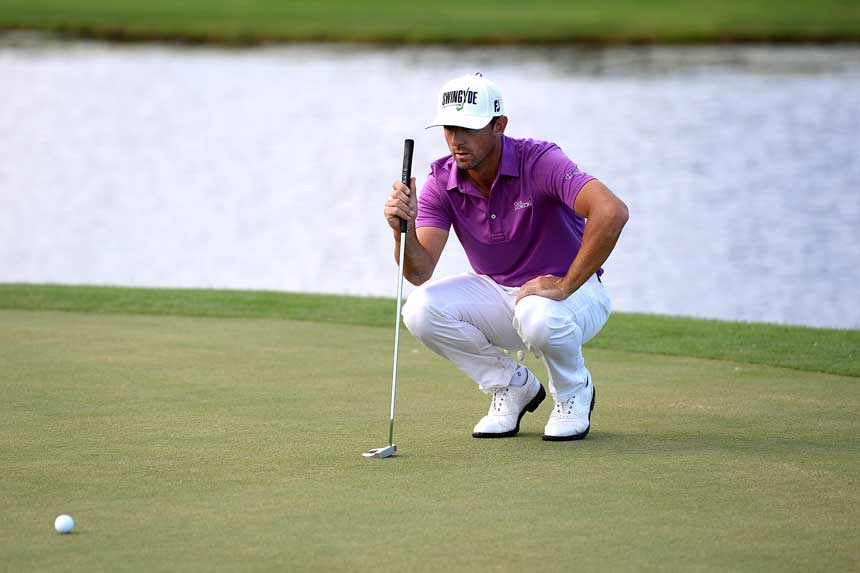 Wade Ormsby and Scott Strange have outshone hometown favourite Adam Scott to march into a share of the lead at the Australian PGA Championship on the Gold Coast.

Ormsby, on the back of a six-hole stretch in his first nine, moved to the outright lead as he shot a second round five-under-par 67 on Friday.

He was joined late at the top by West Australian Scott Strange, whose six-under 66 was capped with a birdie on his last hole, the par-five ninth.

• Jordan Spieth: he came, he saw, he conquered
• How one trap shot saved the Australian Masters from mediocrity

World No.3 Scott, the defending champion at Royal Pines, shot a three-under 69 to move to seven-under overall and third place, poised to pounce if Ormsby and Strange falter over the final two rounds.

Ormsby started Friday on four-under and began indifferently with a bogey on the par-four 10th.

From there he was on fire – making eagle on the par-five 12th before four straight birdies on the back nine catapulted him to the front of the leaderboard.

A solitary birdie followed on the front nine, as well as a bogey on the par-four seventh, a miss which would cost him the outright lead when Strange caught up late.

Strange’s round, the equal lowest of the day with Jason Scrivener (-5), catapulted him into title contention.

Scott said he hit the ball as well as on any round during his Australian swing as he made one bogey and four birdies in a second straight four-under round.

The 34-year-old had earlier revealed he’s expecting his first child with wife Marie Kojzar in February.

Overnight leader Boo Weekley shot an even-par 72 and is in fourth place on six-under, ahead of several players on five-under including Scrivener and Australian Masters champion Nick Cullen.