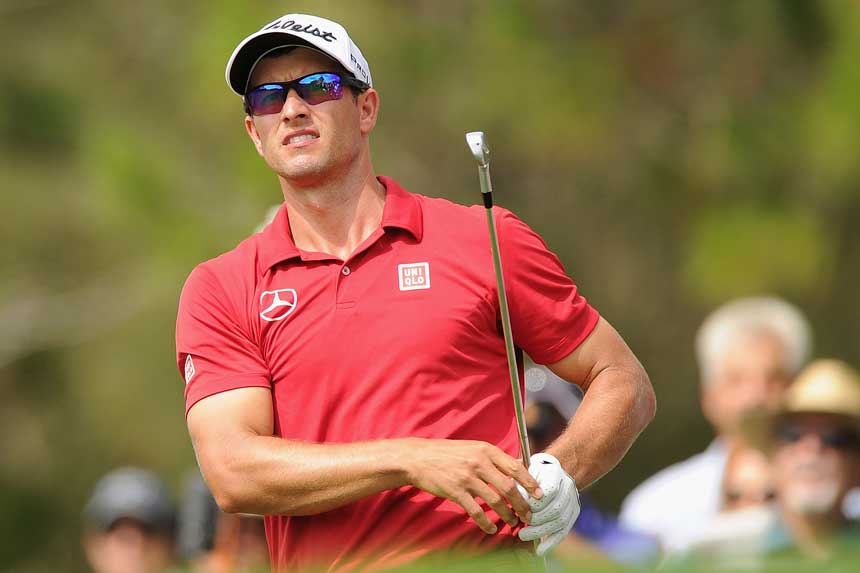 Adam Scott wanted to overcome a problem with slow starts and that’s exactly what he did as he began his Australian PGA Championship title defence.

The world No.3 fired a four-under-par 68 in his first round at Royal Pines on the Gold Coast, leaving him tied second and two shots behind the clubhouse leader, American Boo Weekley, before rain forced play to be suspended.

• Jordan Spieth: he came, he saw, he conquered
• How one trap shot saved the Australian Masters from mediocrity

Play was suspended as a storm closed in on the Royal Pines Resort on the Gold Coast, with several players including world No.47 Marc Leishman yet to complete their opening rounds.

Heavy rain has been forecast for Friday but tournament director Andrew Langford-Jones doesn’t believe there’ll be a need to shorten the event to 54 holes or take it into Monday.

Scott failed to break par in his first rounds at the recent Australian Masters and Australian Open, leaving him with too much ground to make up, and he wasn’t letting that happen again in his hometown.

“It was a pretty solid start. I can always find reason to be better, but I think I’ll take that considering the starts I’ve got off to the last couple of tournaments,” he said.

Scott began on the back nine, making a birdie and an eagle to be three-under at the turn.

Another birdie on the par-five third had him in a share of the lead before his tee shot on the par-four eighth bounced into the water and he had to settle for a bogey.

A third birdie on the par-five ninth capped Scott’s day, but he warned he that he’d need to keep the low scores coming as it would take more than his 14-under-par tournament total last year to retain his title.

“I didn’t make a ton of putts today, so if you can have a hot day with the putter certainly getting in at eight-under in a day is not unrealistic around here,” he said.

Weekley, a three-time US PGA Tour event winner, made five birdies, an eagle and a bogey in his round.

The avid huntsman, who is planning switch his clubs for a rifle on off-season break when he gets back home, was thrilled with how his day went.

“I played well today, struck the ball solid, kept it in play, hit one bad drive and got away with it,” he said.

“It worked out pretty good.”