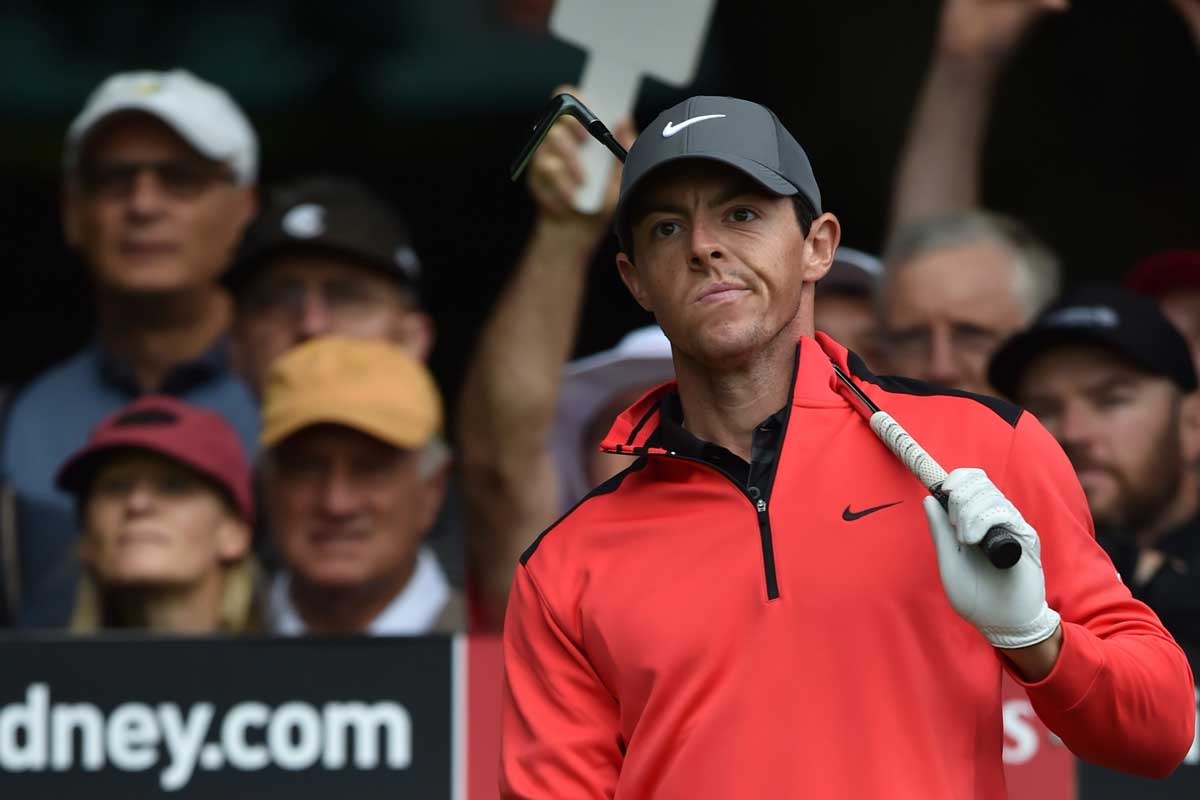 World No.1 Rory McIlroy closed with a tap-in birdie to post a two-under-par 69 in the first round of the Australian Open in Sydney.

Starting his title defence from the 10th tee, McIlroy made a slow start in cool and overcast conditions at The Australian Golf Club.

He turned in even par after notching just one birdie on his opening nine, at the 459-metre par-5 14th before handing the shot straight back when unable to save par from the trap on the par-3 15th.

• How one trap shot saved the Australian Masters from mediocrity

The Northern Irishman collected further up-and-down birdies on the first and fifth holes – his 10th and 14th for the day – to climb to two under, but again dropped a shot after finding the sand with his approach on the seventh.

But after labouring most of the morning, McIlroy stiffed an approach shot at the last to grab a share of the clubhouse lead with Adam Crawford.

Crawford had an eagle on the 14th, as well as four birdies and four bogeys in his eventful first round.

Sydney’s born-and-bred Aron Price was setting the early pace at four under, two clear of McIlroy, Crawford, James Nitties, Richard Green and Rohan Blizard late in his opening round.

Playing alongside McIlroy, Matt Jones – a lifelong member of the course – struck a spectator in the head with an errant drive on the second-last hole.

There was concern for the fan, with medics called, but he appeared okay and received a signed ball from the US PGA Tour star.

Price picked up five birdies in his first 15 holes to be outright leader.

“I haven’t played here that much in the past. Obviously there’s been a lot of work done and they’ve presented a beautiful golf course for us this week,” Scott said.

“My feeling is it’s certainly going to favour the longer hitters this week. There’s no rough out there.

“It seems like it just hasn’t grown in for them yet but hopefully, with some pretty long straight driving, I’ll be able to take advantage of a few holes.

“The wind is the definitive this week. With no rough, so that’s not going to penalise any stray shots as much as it normally would, but the winds still will.”

McIlroy yet to spark in Open title defence