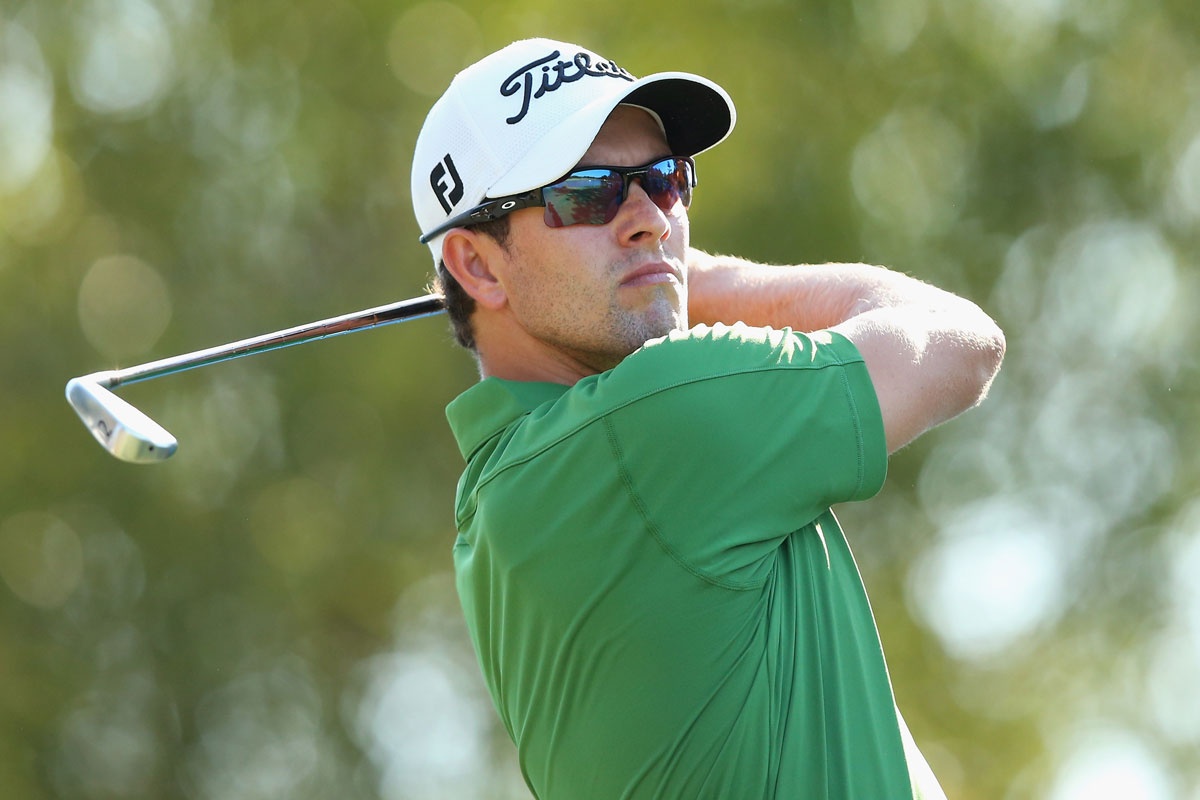 Adam Scott took over the lead of the Australian PGA Championship on Friday and he may not have seen his main rival Rickie Fowler struggle to keep up.

The world No.2 was up bright and early for his second round at Royal Pines, scoring a solid four-under 67 to move to 10-under and into a two-shot lead by the time he returned to the clubhouse.

Scott then spent half an hour showing off the green jacket he won at April’s Masters to a sea of fans wearing green in his honour before heading home to have an afternoon nap as the rest of the field toiled.

The 33-year-old says he has made getting up three hours before his tee time a habit as part of his transformation from prospect to world-beater, to ensure he hits the course wide awake.

“I just feel like that’s the only way I’m for sure going to be alert on the first tee and not waste a few holes waking up,” he said.

The trick seemed to work as Scott started his round with a par, birdie and then an eagle on the par-five 12th to move to the front of the field.

Another birdie on the back nine in a second bogey-free round was enough for Scott to take the advantage as he aims to add the Australian PGA Championship to last year’s Australian Masters and the 2009 Australian Open.

“I put a real focus on getting ready the best I could for this event and wanting to play well,” Scott said.

“Here I am in pretty good shape at the moment … in with a good chance to win the Australian PGA and that’s what I was focused on.”

Victorian David McKenzie (69) lies second on eight-under, with two bogies, including one on the 18th, costing him the chance to finish alongside Scott.

Overnight leader Fowler made a brilliant start, holing a 99-yard approach with his second shot on the first to claim an eagle.

But as a stiff northerly picked up, Fowler began to find scoring tough with four bogies ensuring he ended the day with a one-over 72 and a share of third on seven under with Nathan Green (69) and Gareth Paddison (67).

Regardless, the 24-year-old American was taking a positive spin on his tough day.

“Anything around par to under-par was a good round out there,” Fowler said.

“Just kind of held it together. There’s usually one tough round in a tournament … hopefully that was the one that we got out of the way and have two good ones the next two days.”

Friday’s tough conditions caught out several senior pros in the field, with three-time Australian PGA Championship winner Peter Lonard (73) among those to miss the cut.

Andre Stolz (71) and Craig Parry (74) also missed out while former US PGA Tour player Michael Sim (75), playing in just fourth tournament of the year, agonisingly dropped below the cut line with a double bogey on the final hole of his second round.