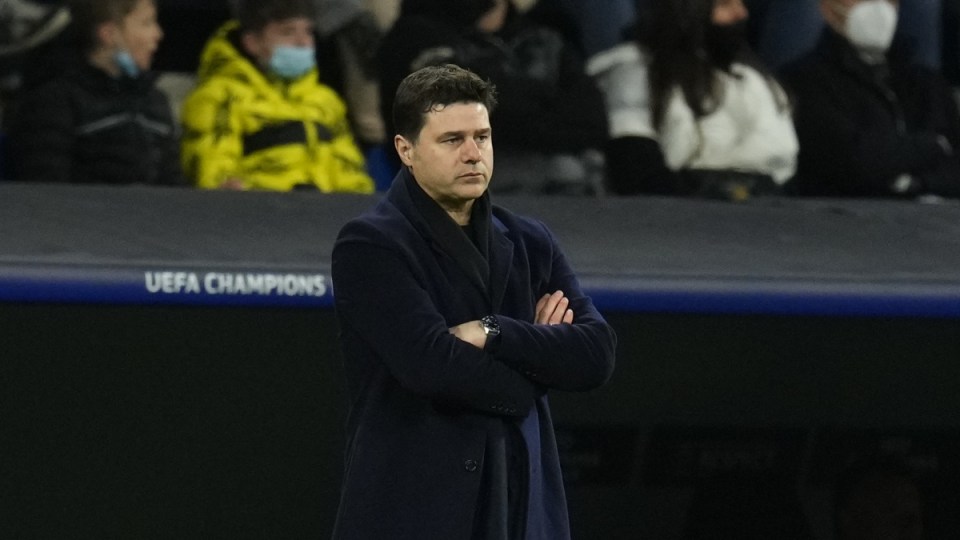 Galtier joins PSG on a two-year contract after leaving Nice last month, having guided it to a runners-up finish in the French Cup and fifth place in Ligue 1 last season.

The 55-year-old Frenchman joined Nice in 2021 after leading Lille to its first Ligue 1 title since 2011 in the previous campaign.

Before joining Lille, Galtier spent eight seasons at Saint Etienne, where he won the French Cup in 2012-2013.

Official and confirmed. Christophe Galtier has been appointed as new PSG manager, contract until June 2024. 🚨🔵🔴 #PSG

“Campos' presence was decisive. I accepted Paris Saint-Germain job with lot of humility but with great determination”. pic.twitter.com/085tB4CaAu

“When you’re here (at the Parc des Princes) you feel the expectations,” said Galtier, who is PSG’s first French coach since Laurent Blanc in 2013-16.

“I appreciate the responsibility that I have so that PSG can have a great season. I have been getting ready for it. If I have accepted his job it is because I am capable of it. But we have to do it all together.”

At PSG, Galtier will be reunited with Luis Campos, the club’s newly appointed football adviser, with the pair having worked together at Lille.

Paris Saint-Germain confirm that Mauricio Pochettino has ended his role at the Club.

The Club would like to thank Mauricio Pochettino and his staff for their work and wish them the best for the future. pic.twitter.com/Y7ef0qVLVh

Pochettino, who was appointed by PSG in January 2021, won the Ligue 1 title in 2021-22 and the French Cup in 2020-21 but failed to deliver in the Champions League, the only major trophy that has eluded PSG since Qatar Sports Investment took over in 2011.

PSG, eight times league winners since the takeover, was Champions League runners-up in 2020 but then knocked out in the last 16 last season by eventual champions Real Madrid.

Pochettino came in with a strong resume after making Tottenham Hotspur perennial top-four finishers in England’s Premier League and guiding it to the Champions League final in 2019.

Despite having a star-studded squad at his disposal at PSG, with Kylian Mbappe, Neymar and Lionel Messi leading the attack, Pochettino failed to win the other domestic trophies on offer, lifting only the league title last season.

Pochettino leaves PSG after 84 competitive games in charge, having won 55, drawn 15 and lost 14.