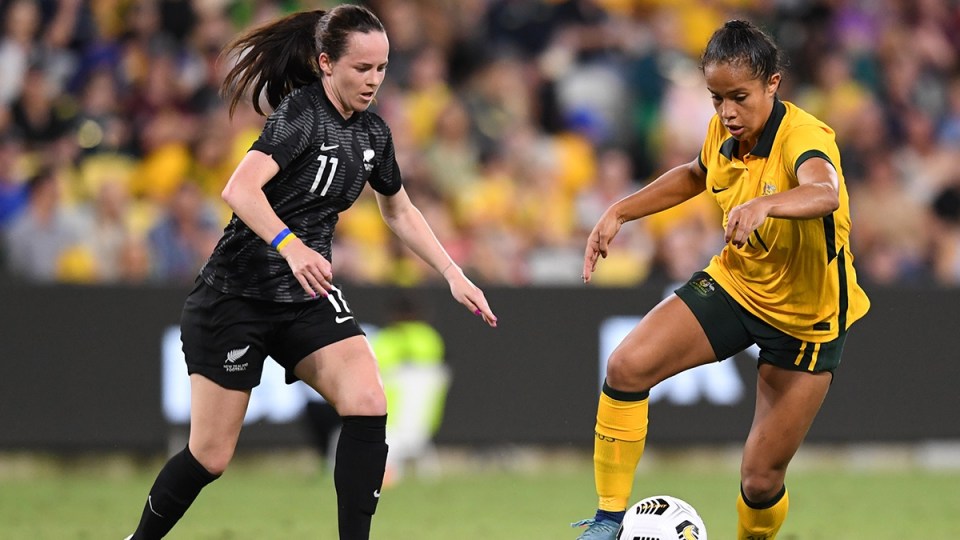 Fowler, who has seven goals in 24 caps for Australia since debuting as a 15-year-old, has emerged as one of the top young talents in women’s football.

The 19-year-old joins City from Montpellier and is set to play in the Women’s Super League and Women’s Champions League alongside Matildas teammates Hayley Raso and Alanna Kennedy.

“I’m really excited and proud to be joining this club – it’s a team that I’ve always wanted to play for, so I’m honoured to have this opportunity,” Fowler said in a statement.

“I really admire the team’s style of play. When City play, you see football and how beautiful it is, and you can really fall in love with the game just by watching them, both the women and the men’s teams.

“As much as I love winning, I enjoy doing it while playing attractive football and that was a huge part of my decision to join.

“I’m still young and I’ve got a lot to learn, so being at a club like Manchester City where I’ll be surrounded by amazing staff and coaches, as well as playing alongside and against some of the best players in the world, I feel that I have everything I need to fulfil my potential.”

🗣 "When you watch City play, you see football. You see how beautiful it is and you can really fall in love with the game just by watching City play."

Fowler has enjoyed a breakout year at international level and stood out in Australia’s run to the Tokyo Olympics semi-finals, including scoring in the quarter-final win over Great Britain.

“Mary is a without doubt one of the most exciting young talents in the game right now and we’re absolutely thrilled to have her join us here at City,” City coach Gareth Taylor said in a statement.

“She has a maturity beyond her years, but for her she’s excited to come to England to learn and grow as a player.

“The fact that she made her senior international debut at just 15 really does show what high regard she is held in by the football world and we feel as though she’ll fit right in here with our team at City.

“Having her put pen to paper on a four-year deal also speaks volumes about our own commitment and also ours as a club to her development, and we can’t wait to start working with her.”

Fowler was rested for the Matildas’ recent friendlies against Spain and Portugal.