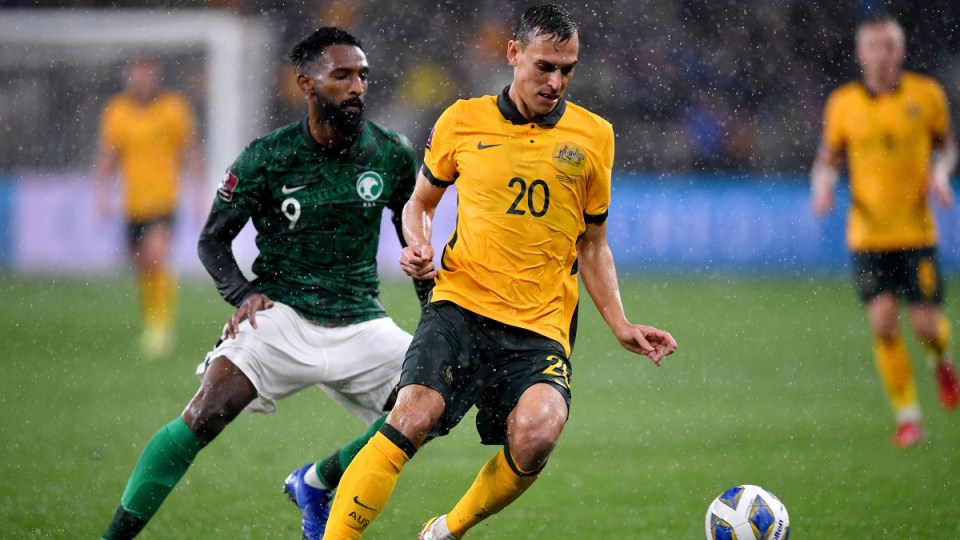 Trent Sainsbury is putting the past behind him as the Socceroos focus on their last ditch push to join the World Cup's finalists. Photo: AAP

Humiliated by Japan and reeling from their lacklustre World Cup qualifying campaign, the Socceroos are steeling themselves to seize their last chance to join the finalists in Qatar.

After winning only one of the last six games, a 4-0 victory over Vietnam, Australia’s hopes now hang on a two-step playoff process that will determine if they join the finalists or watch the action in Qatar from the sidelines.

“Obviously, we can’t go direct to the World Cup now, but we still have the chance to take some momentum into the upcoming (playoff) games,” said veteran defender Trent Sainsbury.

“The Japan loss was a difficult result to take, but at the same time we have another match coming up in a couple of days and you have to prepare for that.

“Any time that the boys can spend together in camp is bonding time, and that is important. The best teams in the world have the best groups, so any extra days that we can get together is priceless.”

Australia’s looming group game against Saudi Arabia has now been rendered a sideshow with no relevance to its finals hopes.

To make the finals the Socceroos must now beat the third-placed team from the other Asian group, followed by a knock-out game against a South American side.

Hit by a recent horror-show litany of injuries, illnesses, COVID-19 protocols and players declaring themselves unavailable, making the finals presents a daunting challenge.

Sainsbury says it’s important the Socceroos regroup quickly and focus on picking up some momentum from their final World Cup qualifying group match against Saudi Arabia.

“I have never had a dead rubber in an Australian shirt. Putting on the green and gold is always a privilege and an honour, so there has never been a dead rubber to me,” Sainsbury said.